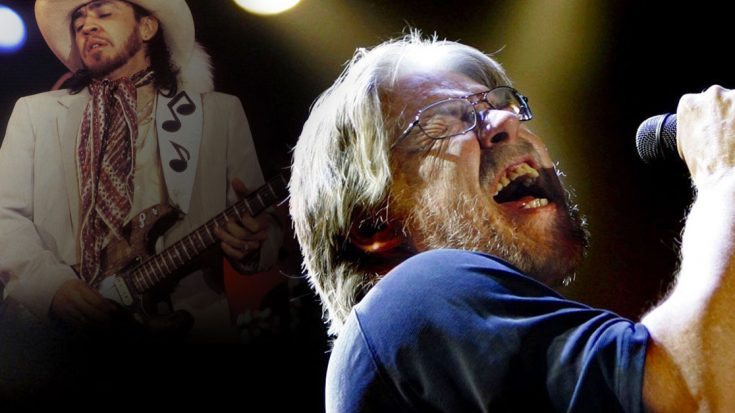 Featured on his 2014 album Ride Out, Bob Seger’s “Hey Gypsy” might sound suspiciously familiar to fans of Stevie Ray Vaughan; in fact, it sounds so much like “Pride And Joy” that if it weren’t a tribute to the late guitarist, we’d be a little concerned. However, “Hey Gypsy” is just that – a tribute to Vaughan, who died in a 1990 helicopter crash and whose guitar playing left a permanent mark on Seger’s heart, prompting the rock legend to vow to find a way to properly pay tribute to one of the greatest guitarists to ever draw breath.

Bob got his chance more than 20 years later when he wrote the Vaughan-esque “Hey Gypsy” for Ride Out and somehow, we think Stevie would be tickled to death to hear it.

“I remember the last time I saw [him]; it was at an Eric Clapton concert. He traded solos with Eric on ‘Before You Accuse Me,’ and they did it for, like, 15 minutes. It was probably my favorite guitar hero moment of all time.”

Rocked to his core after hearing Stevie trade licks with Eric Clapton during “Before You Accuse Me,” Bob crafted “Hey Gypsy” around the traditional Texas blues shuffle heard in Vaughan’s own “Pride And Joy” two decades after Vaughan’s death at the age of 35, further proving that the late Texas blues legend’s impactful legacy far surpasses the relatively brief length of time we were able to spend with him.