Conan O’Brien’s Live Version Of This Classic Rock Hit Has This Crowd In Tears From Laughing! 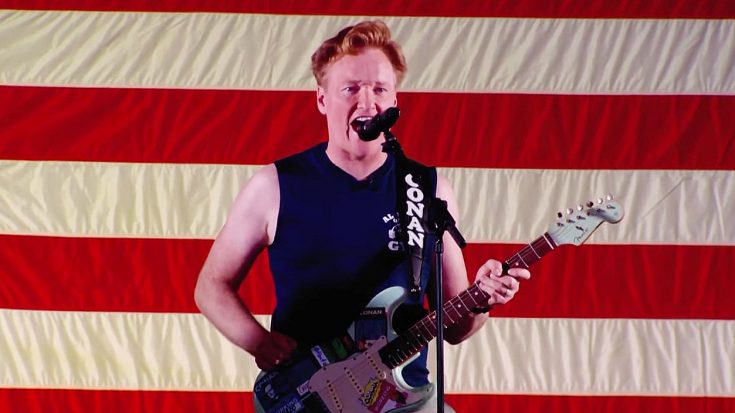 Conan O’Brien Is Back At It Again!

We’ve said here before that Conan O’Brien is truly one of the funniest and most creative TV personalities of today. It’s almost guaranteed that if he’s on TV doing a comedic segment, you’re sure to burst out laughing. It is also well known that Conan O’Brien is a fan of classic rock and blues, thus he often incorporates these kinds of music into his segments. Also, let it be known that Conan is an exceptionally good guitarist. This makes it easy for him to do classic rock and blues themed segments. This example here is no different!

What you’re about to watch is a video in which Conan O’Brien takes to the stage alongside Grace Potter to perform a revamped version of the classic rock song song Seven Nation Army. The difference from Conan’s version and The White Stripes’ version are simply the lyrics. Conan’s lyrics are hilarious! Don’t believe me? See for yourself!