The Thrill Is Alive And Well When Bonnie Raitt Does Serious Justice To This B.B. King Classic 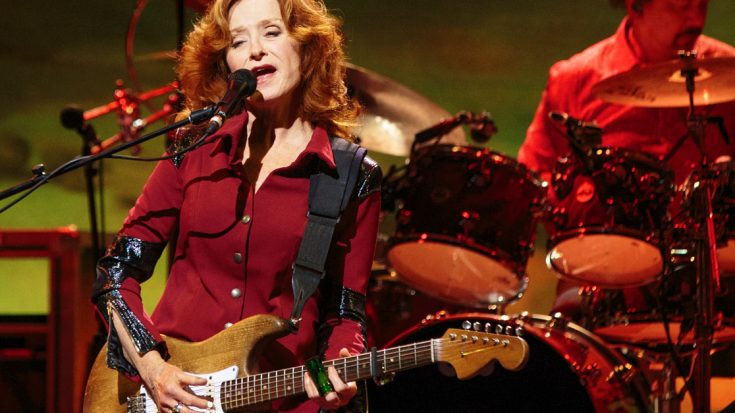 Now in its 42nd season, Austin City Limits is back for another round of all-star performances and what better way to kick off a brand new year of the best the music world has to offer than with a performance by the first lady of the blues, Bonnie Raitt? This weekend’s New Year’s Eve premiere saw the Austin City Limits Hall of Famer share the stage with Austin blues guitarist Gary Clark Jr. for a special tribute to Raitt’s late friend B.B. King, who died in 2015 at the age of 89.

The pair, trading licks and verses, breathed new life into King’s 1969 smash hit “The Thrill Is Gone” kicking things up a notch with a slightly quicker tempo and a gorgeous interplay of two different guitar styles that came together beautifully to tell two halves of the same story; Gary Clark Jr.’s style incorporates that Texas blues flavor so unique to his home state, while Bonnie’s own swampy, Delta blues sound comes out to play during a series of searing slide guitar solos. Dedicated to B.B. King, Bonnie and Gary’s performance proves that the thrill is anything but gone and offers up a little something special for everybody; if that’s not starting off 2017 with a bang, I don’t know what is!