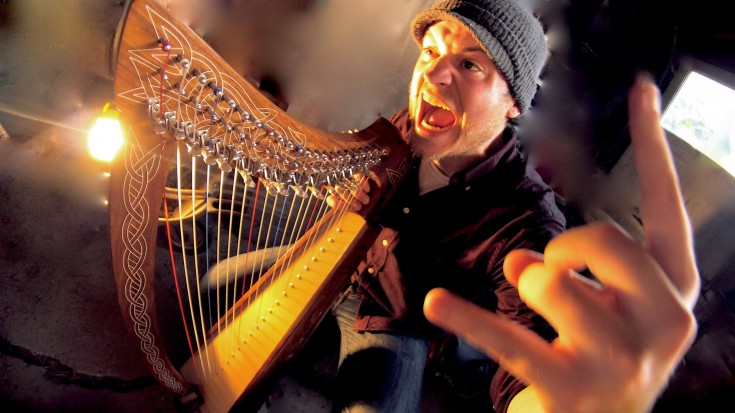 The Nay Sayers Have NO Place!

What instruments do you think of when you think of metal? Guitars? Drums? Maybe even some keyboards? Heck, even things like violins and cellos aren’t that out of place. So what is the LAST instrument you’d ever think of think of when thinking of metal? Well, a fake clinical study that never took place showed that the guy writing this just assumes that everyone would say a harp. But apparently, they’d/he’d be wrong!

What you’re about to watch is this Youtube guitarist named Rob Scallon take a harp and attempt to play metal. Just by the sound of that, you’d think that it would sound ridiculous, but it actually sounds awesome!

What makes this video so amazing is how this man is able to not only play metal riffs on the harp, but how he incorporates each part to different parts of the song. It’s just about playing metal chords/scales along to a drum beat, but he also knows when to play the high notes, the low notes, the fast parts, and the slow parts. This guy is definitely a musical genius of legendary standard! I can’t wait to see what he has in store for us next!