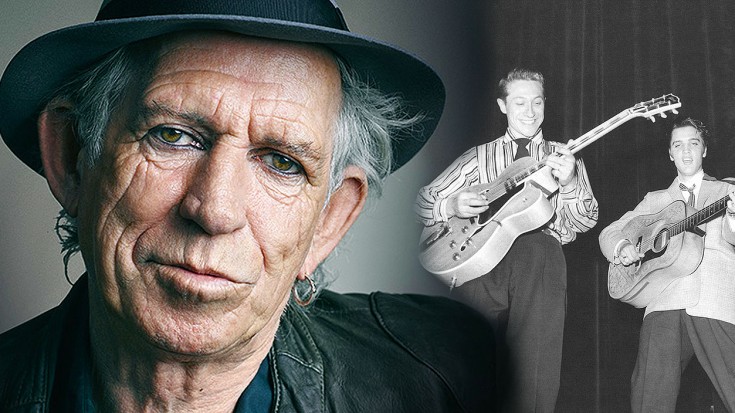 A Legend pays tribute to his idol

One month ago, the world lost an icon, in Scotty Moore. Moore’s job was backing the great Elvis Presely, and left a lasting impact on the music world by inspiring some of today’s greats. One of those greats is Rolling Stone guitarist Keith Richards. Richards took his thoughts on the great guitar player and published them in an article in Rolling Stone Magazine. Richards penned a nice article talking about how he would listen to Elvis and hear Moore’s guitar in the background, how Moore inspired him to pick up an electric guitar, and about Moore’s influences and personality.

“Scotty Moore was my hero. There’s a little jazz in his playing, some great country licks and a grounding in the blues as well. It’s never been duplicated. I can’t copy it.”- Richards said in his article.

It’s wonderful to hear the amount of respect musicians have among one another. It’s clear that Richards had a real, and genuine appreciation of Moore’s work. Richards opens up by saying that Moore was the driving force behind Elvis’ success. It’s great to see that a man who spent most of his career backing a well-known legend is being honored and deemed a legend himself.

You can read Richard’s article in its entirety right here, and also check out this video down below of Richards talking about Moore!