These Guys Gave Iron Maiden’s “Aces High” A Bluegrass Twist, And We Can’t Believe How GOOD It Is! 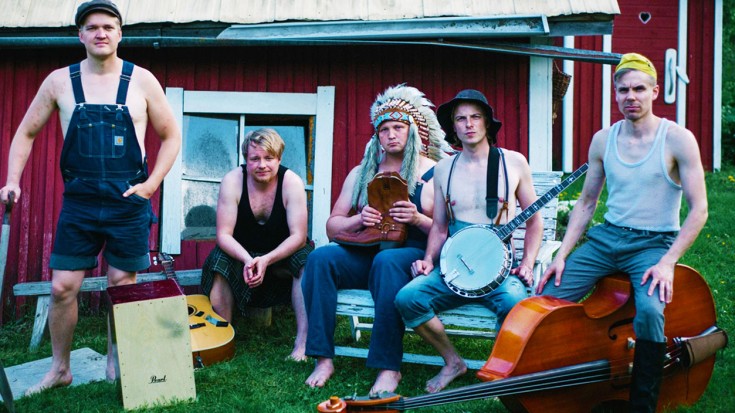 Finnish bluegrass band Steve ‘N’ Seagulls took the world by storm back in 2014 with their take on AC/DC’s “Thunderstruck,” and now more than two years later with one album under their belt and another on the way, these guys show no signs of stopping or slowing down! In anticipation of the release of their sophomore album Brothers In Farms, Steve ‘N’ Seagulls released a cover of Iron Maiden’s “Aces High” from their 1984 album Powerslave and to be quite honest…it rocks!

Fun Fact: “Aces High”  is written from the viewpoint of a British RAF pilot fighting against the German Luftwaffe during the Battle of Britain (1940), the first military engagement to be fought entirely with aircraft.

With the use of acoustic string instruments and percussion, “Aces High” goes from a hard rocking metal tune to a sinister sounding bluegrass piece and actually sounds like it was written in this particular style. While it’s definitely different, we love the way Steve ‘N’ Seagulls always breathe new life into songs we’ve heard a million times and find new ways to make it feel like hearing them for the first time all over again, and their take on “Aces High” is no different. Check it out in the audio below and as always, let us know what you think!