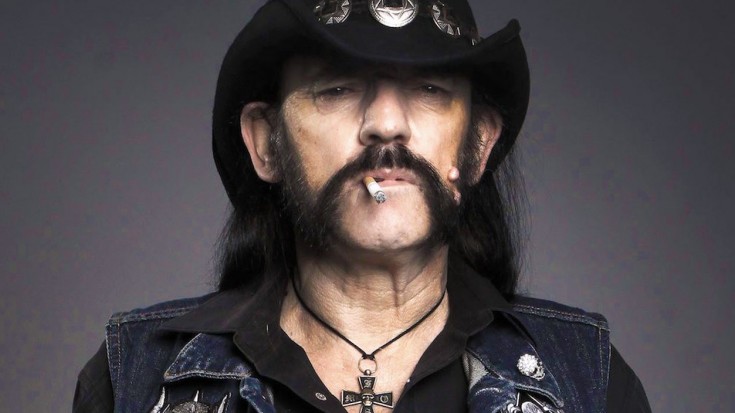 Rock Unites In A Salute To Lemmy Kilmister

More than 6 months after his death at the age of 70, the loss of Motörhead’s Lemmy Kilmister is one that still rings through the rock community; it’s impossible to run into a rock fan who doesn’t have a kind word or funny story to share about the late bassist and singer, and even more so to encounter an artist who doesn’t cite Lemmy as a major influence over their career. In the case of this year’s French hard rock and metal festival Hellfest, Lemmy’s legacy proved to be a unifier for 24 bands and artists who came together for one hell of an “Ace Of Spades” tribute to rock’s favorite son.

Fun Fact: Long before he became a legend in his own right, Lemmy Kilmister cut his teeth as a roadie for late guitar hero Jimi Hendrix.

Posted to Motörhead’s official Facebook page, the video you’re about to see features bands and artists from all across the rock spectrum jamming together in back of a tour bus, sporting electric and acoustic instruments as they belt out “Ace Of Spades” in a tribute fit for a king. Whether you’re a fan of hard rock and metal or can’t stand either genre, this is still one you want to check out; it’s rock’s youth coming together to properly pay tribute to a man to whom they owe their love for rock and roll, and we’re sure that wherever Lemmy Kilmister is, he raised his glass of Jack and Coke and smiled.