Jeff Beck Gets A Little Edgy With Brand New ‘Loud Hailer’ Track, “The Ballad Of The Jersey Wives” 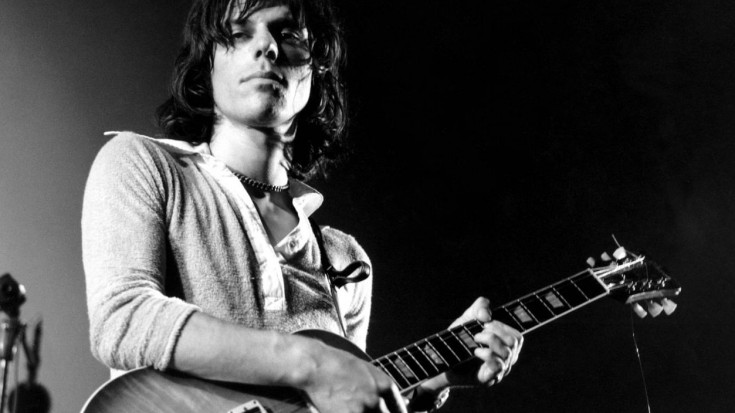 A Real Cold Killer Of A Track!

Jeff Beck’s 11th studio album Loud Hailer has only been out for a week and already, it’s one of our favorites. From the first single “Scared For The Children,” Loud Hailer has proven to be every bit the fiery statement album Beck promised us, and with the addition of throaty singer Rosie Bones it’s got an edgy, bluesy quality to it that goes down like a shot of your favorite whiskey. While every track on Loud Hailer offers us something different, it’s the 9th track on the album, “The Ballad Of The Jersey Wives” that’s really got our attention; a thundering track punctuated by heavy drums, lilting vocals and blistering guitar work from Beck, “The Ballad Of The Jersey Wives” makes for a cold killer of a song that wouldn’t be entirely out of place in a gritty British crime film, and we can’t get enough of it!

Fun Fact: The Jeff Beck Group was supposed to be a part of the 1969 Woodstock Festival but they disbanded the week before.

Sandwiched between the sober instrumental “Edna” and the ultra funky “O.I.L. (Can’t Get Enough Of That Sticky),” this song provides the perfect backdrop to Beck’s tale of a world headed off the rails and with its noticeably heavier sound compared to the other Loud Hailer tracks, “The Ballad Of The Jersey Wives” is impossible to ignore.