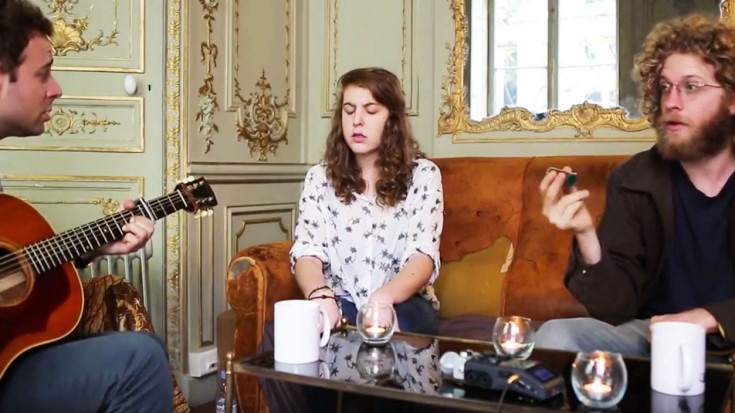 Originally written for film Midnight Cowboy in ’69, Bob Dylan’s “Lay Lady Lay” possessed a folky, country sound that had the ability to carry one away from their own thoughts. From his Nashville Skyline album, “Lay Lady Lay” reached #7 on the Billboard Hot 100 and #5 on the UK Singles Chart.

Interesting Fact: Dylan wrote this for the 1969 movie Midnight Cowboy. Harry Nilsson’s “Everybody’s Talkin’,” which was released the year before, was chosen for the theme song instead due to a late submission.

With a slower tempo compared to Dylan’s released version, artists Dawes and their contest winner, Paloma, pull out every inch and hidden complexity of the beautiful melody in this soft, iconic ballad. With that more “indie folk” ring to it, rather than the country-esque vibe that Dylan was focusing on at the time, they make this classic their own with ease and it fills our heart. Check it out!