Just 12 Years Old, You’ll Love What This Drummer Does With A Led Zeppelin Classic 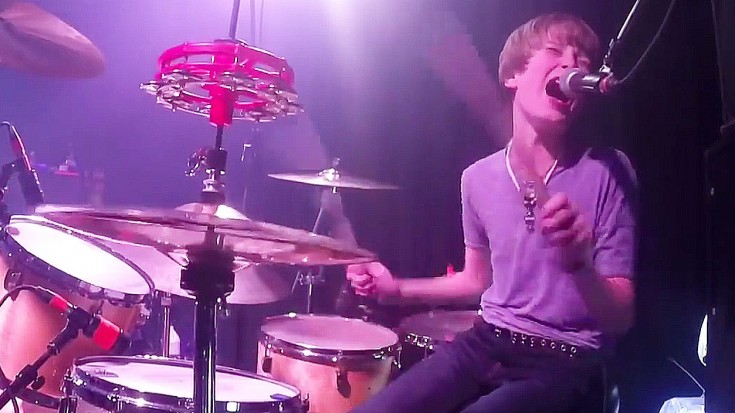 It Doesn’t Get More “Rock And Roll” Than This!

As we say goodbye to rock legends at an alarming rate this year, we’re comforted by the fact that the next generation of rock and rollers are coming out in droves and taking up the torch for those that paved the way. One talented kid that’s giving us hope for the future of rock and roll is 12 year old Logan “Robot” Gladden of Dallas-Fort Worth, Texas; featured last week on Drum Talk TV’s “Prodigies Week,” Logan more than lives up to his nickname “Robot” in a high octane performance of Led Zeppelin’s “Rock And Roll” that not only displays Logan’s talent as a drummer, but shows off his hidden talents as a singer at the same time.

Fun Fact: A self-taught drummer, he began taking lessons at the age of seven and cites KISS, Led Zeppelin, Queen, The Beatles, and Alice Cooper as his biggest influences.

It’s been rumored that ever since he took up the drums at just 18 months old, Logan’s never left the house without a set of drumsticks at his side and honestly, we believe it – how else could you explain such a natural gift for drumming? All energy and precision, it’s pretty clear that Logan’s talent is going to take him to some pretty fantastic places and at 12, there’s only room for even more growth as a drummer; if he’s this good now, imagine what he’ll sound like with a few more years under his belt!

Check out Logan’s thundering take on “Rock And Roll” in the footage below and catch a glimpse of what we’re sure is one of the next great American drummers in action!