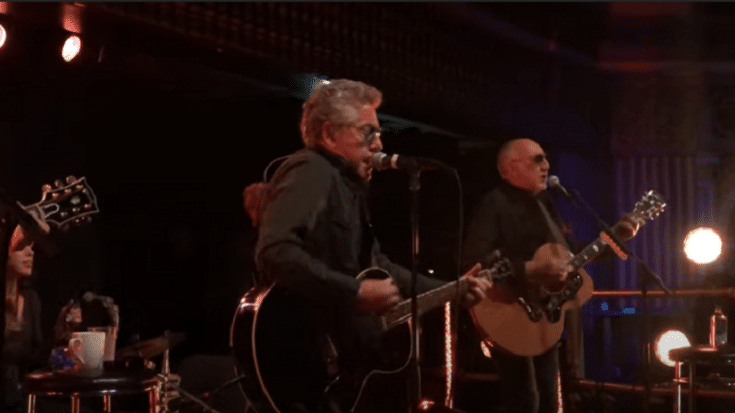 From Their Extensive Vault

The Who are set to launch a six-week vintage concert series on YouTube this weekend. Join Together @ Home features “live and rarely seen footage, mini videos and special screen footage, culminating with a performance from a previously unreleased show.” It kicks off on August 8 at 1pm ET with five songs from the band’s 1982 gig at N.Y.’s Shea Stadium. This was part of their “farewell” tour which featured The Clash as The Who’s opening act.

The video includes a “red carpet premiere clip from Roger Daltrey.” It will be free of charge but the viewers are encouraged to donate to the Teenage Cancer Trust and Teen Cancer America.

The Who is the latest rock act to offer entertainment to fans via YouTube after the coronavirus pandemic put their touring schedule on an indefinite pause.

Last June, frontman Roger Daltrey spoke with Piers Morgan on Good Morning Britain. He was asked what he misses the most during this lockdwon. Daltrey answered, “Human contact. That’s what I didn’t like about being a celebrity. It kind of distanced me from my mates and everyone treated me differently immediately after I became famous. I didn’t like that. I never wanted to be different. I like to just chat to people and be treated normally. I just miss that human contact.”