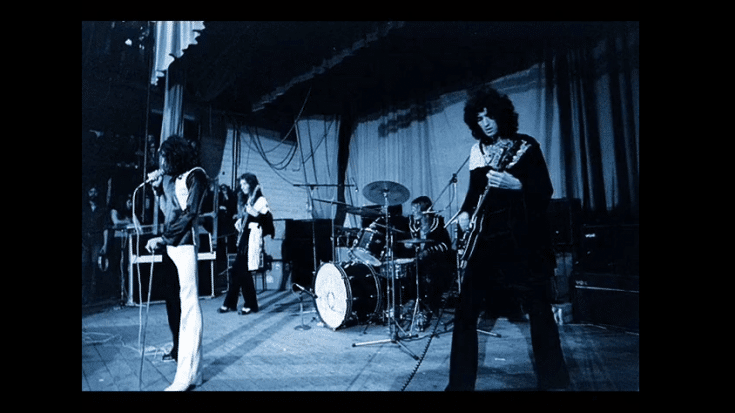 Before They Became Rock Legends

Queen released their second studio album “Queen II” on March 8, 1974. It’s been dubbed “the heaviest Queen album” and signaled the end of their progressive theme phase. Compared to their other records, this remains underrated and largely overlooked. Nevertheless, we get to hear elements of what would become Queen’s signature sound.

According to Brian May, “Our sound is more based on the overdriven guitar sound… I also wanted to build up textures behind the main melody lines. We were trying to push studio techniques to a new limit for rock groups – it was fulfilling all our dreams, because we didn’t have much opportunity for that on the first album.”

The best part about this is that it’s a medley. Queen powers through three of their classic hits – “Bohemian Rhapsody”, “Killer Queen”, and “The March Of The Black Queen”. This was originally broadcast live on BBC TV and radio on December 24, 1974. It was the final date of Queen’s “A Night at the Opera” tour in UK and it’s also their most popular bootleg. They’re in top form with Freddie Mercury captivating the crowd with his stellar voice and showmanship.

One of the heaviest songs in Queen’s catalog, they brought the house down with this number. This was a band in their prime. But let’s take a moment to appreciate drummer Roger Taylor’s vocals. At this point, they were already poised for massive international success and this concert was truly a landmark performance. Before they set their sights on pop-centric songs, they were the very definition of a rock ‘n roll band – raw and loud.

The musicianship is insane! Yes, Freddie Mercury’s voice may have been drowned out a bit but overall, it’s an intense and powerful performance – a testament to Queen’s virtuosity. From the drumming to the guitar solo, this song definitely deserves more appreciation. It may not be as radio-friendly as their other more popular tracks but it’s just as brilliant.

4. “Seven Seas Of Rhye” (Live at the Rainbow Theatre in London on November 1974)

Freddie Mercury’s vocal range is just phenomenal. This song showcased his vocal prowess and why his singing is a cut above the rest. Whether it’s hard rock or operatic, his delivery was always flawless. Just check out this particular performance where the band just goes all-out.

One of the best things about Freddie Mercury was he knew how to interact with and captivate his audience. Here we see him chatting them up before launching into a stunning performance. Queen wrapped up their “A Day at the Races” Tour with a pair of shows at Earls Court in London on June 1977.