The Who | The 5 Songs To Summarize The Album “Tommy” 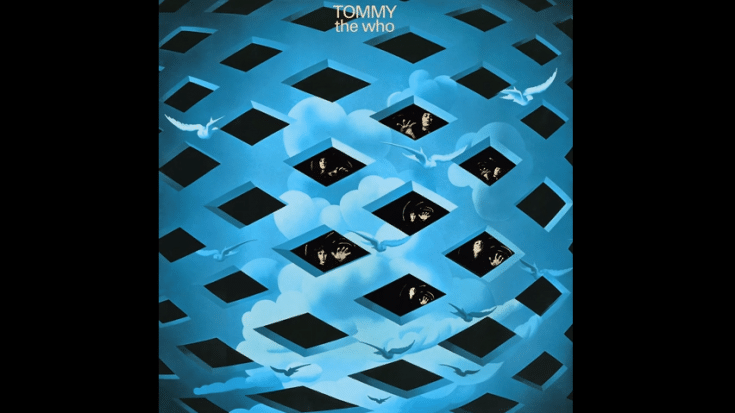 Unlike Any Other Album

Majority of the material was composed by guitarist Pete Townshend – a testament to his brilliance and genius. The LP was ambitious but The Who delivered. They broke new sonic grounds with the LP and further cemented their status as rock gods. It’s a powerful record that still holds up well today. And it’s not just Townshend, every member of the group stepped up to the plate. From Roger Daltrey’s soaring vocals to John Entwistle’s basslines and Keith Moon’s thunderous drumming, the musicianship is out of this world.

Here are five songs that best summarize this double LP.

It’s one of two songs Townshend asked Entwistle to write. At this point, the main character Tommy experiences bullying from the hands of his Cousin Kevin. According to Entwistle, it was based on an actual bully he met in their neighborhood as a child. The Who didn’t play it in their concert for years because it proved to be to challenging to recreate in a live setup.

One of the underrated tracks on the album, Townshend sings as Tommy while Daltrey takes over the lines of the doctor. And while it’s often overshadowed by the other songs, it’s definitely a key track in Tommy’s life journey.

This is the part where Tommy’s parents tries to cure him by leaving him with The Acid Queen who ends up giving him hallucinogenic drugs. Townshend said, “The song’s not just about acid: it’s the whole drug thing, the drink thing, the sex thing wrapped into one big ball. It’s about how you get it laid on you that if you haven’t fucked forty birds, taken sixty trips, drunk fourteen pints or whatever…society – people – force it on you. She represents this force.”

One of The Who’s most enduring songs, it’s actually the last track written for “Tommy.” It was a hit both in the US and UK. And although it’s a fan favorite, Townshend isn’t exactly impressed with the song. He even called it “the most clumsy piece of writing [he’d] ever done.”