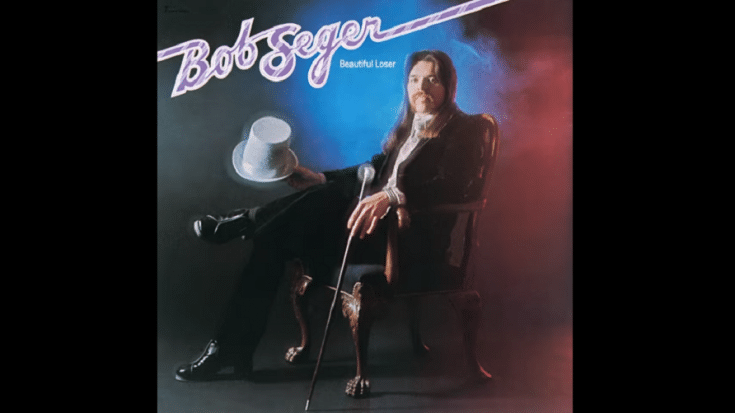 Before Bob Seger broke into mainstream with “Live Bullet,” he released his eighth studio album titled “Beautiful Loser” and it’s a treasure trove of musical gems. At the time, he still wasn’t getting the recognition he deserved and understandably, he began to worry whether his career in music was actually going anywhere. He wasn’t even confident and sure enough about the title track – that is, until he played it for Glenn Frey and the latter gave him a much-needed encouragement.

Seger told Rolling Stone, “I wrote five different ‘Beautiful Loser’s before I settled on one for the record. here was a ballad, a blues – I couldn’t find the right tone. So, I played it for Glenn Frey, an old friend, to get some advice. He was the first person to ever hear it. And he loved it, so I stuck with the song until it all got pieced together.”

Frey was instrumental in the whole creation of the LP. Seger recalled in a 1978 interview with Dave Marsh, “If he hadn’t come, seriously, I probably would have put out another record like Seven – basically all rock ‘n’ roll, with maybe one ballad. But Frey liked it all. He said, ‘Go with it, man. Do something diverse.'”

And that’s exactly what Seger did. From ballads to straight-up rockers, “Beautiful Loser” is undoubtedly one important record in his canon.

It kicks off with the lovely and unforgettable title track. “Black Night” is an uptempo number made more exquisite by Seger’s raspy vocals. “Katmandu” is a straightforward rocker followed by the slow and calming “Jody Girl.”

“Travelin’ Man” is another key track and “Momma” is something that hits you in the feels. “Nutbush City Limits” is his cover of a Tina Turner original and he definitely did justice to it. “Sailing Nights” and “Fine Memory” are both stellar and beautiful in their own way.

“Beautiful Loser” was clearly another step in the right direction.