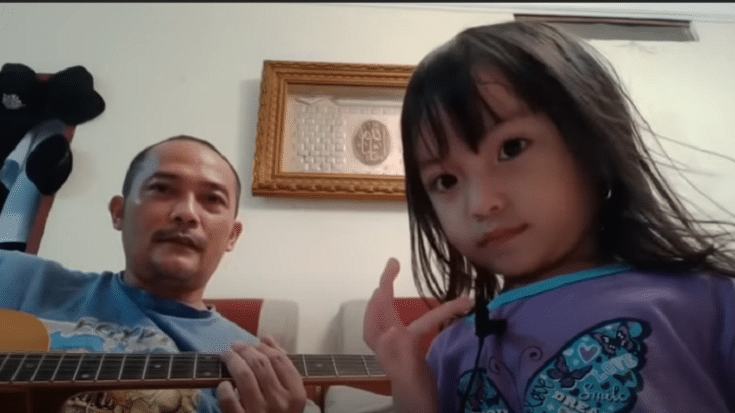 This father and daughter tandem just covered Rage Against The Machine’s 1992 single “Killing in the Name” and it’s probably the most adorable version ever. Malaysian musician Ujang Ijo accompanied her toddler daughter Audrey by playing the acoustic guitar as she screams her heart out – well, kind of because even her aggressive singing is too cute for words.

We all know this isn’t the most family-friendly track to sing along to but don’t worry because Audrey doesn’t get to the part where Zack De La Rocha sings “F**k you, I won’t do what you tell me.” Check it out below.

“Killing in the Name” is a protest song featured on RATM’s self-titled debut album released on November 2, 1992. Producer Garth Richardson said, “The song was a standout for an anthem and it knocked me off my feet. We all felt this was going to be big. I knew that Tom’s sound was going to change the way guitars were being heard.”

Meanwhile, Rage Against the Machine was slated to kick off their highly anticipated reunion tour last March 26 and also headline two festivals. But with the coronavirus pandemic putting the entire world at a near-complete standstill, the shows have been postponed.