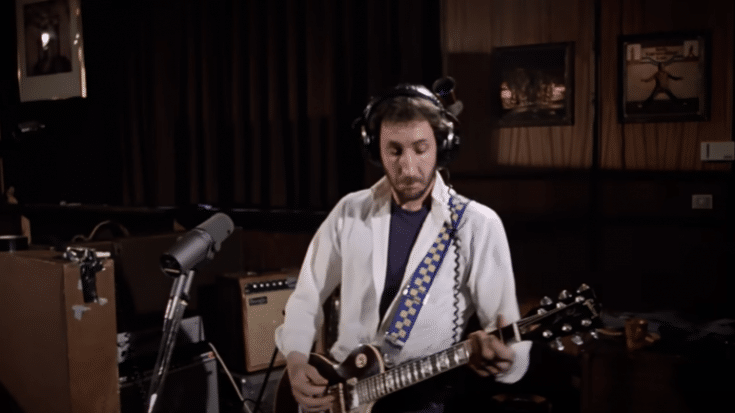 The Who’s very own guitar god Pete Townshend needs no introduction. He may be known for his destructive guitar treatment on stage and his trademark windmill move but he’s also a visionary and the band’s major creative force. He masterminded several of their musical masterpieces. Now we look back as some of The Who’s greatest and most unforgettable guitar riffs.

The power riffs that influenced countless rock acts. It’s the first single they released following the massive success of the rock opera “Tommy”. Both Townshend and frontman Roger Daltrey later admitted they weren’t fans of the song but they performed it live several times.

Townshend’s immense talent as a composer and guitarist was in full display on this song. And it all began with him and his riffs which are explosive and full of muscle. He told Rolling Stone, “‘My Generation’ was very much about trying to find a place in society. I was very, very lost. The band was young then. It was believed that its career would be incredibly brief.”

It’s Townshend’s guitar that tied the song together even though the track’s highlight is John Entwistle’s bass performance. When played live, they would even extend it up to 12 minutes.

In this title track, Townshend makes his guitar sing and it’s hands-down glorious.

This was intended to be the closing track for the shelved Lifehouse project but eventually became one of The Who’s most enduring hits. Townshend said, “It is not precisely a song that decries revolution – it suggests that we will indeed fight in the streets – but that revolution, like all action can have results we cannot predict. Don’t expect to see what you expect to see. Expect nothing and you might gain everything.” Townsend then goes on to explain that the song was simply ”Meant to let politicians and revolutionaries alike know that what lay in the center of my life was not for sale, and could not be co-opted into any obvious cause.”

A fan favorite in their concerts, it’s the riff during the interlude that’s the absolute highlight.

The riff is fairly easy to learn but it’s one of their most memorable tunes. Townshend doesn’t remember much about writing it. He admitted, “I’d like to think that where the song came from wasn’t the feet that I was drunk when I did the demo, but the fact that I was f–king angry with [manager] Allen Klein, and that the song was an outlet for that anger.”

The Who’s most iconic song. It has aged pretty well and it truly deserves its classic status. Townshend told Rolling Stone, “There is this moment of standing there just listening to this music and looking out to the audience and just thinking, ‘I f–king did that. I wrote that. I just hope that on my deathbed I don’t embarrass myself by asking someone, ‘Can you pass me my guitar? And will you run the backing tape of ‘Baba O’Riley’? I just want to do it one more time.”

With its catchy and addictive riff, The Who proved they were a cut above the rest with this song from their early years. Led Zeppelin’s Jimmy Page played on it as a session musician.