The True Story Behind The Saturday Night Live’s “Cowbell” Skit 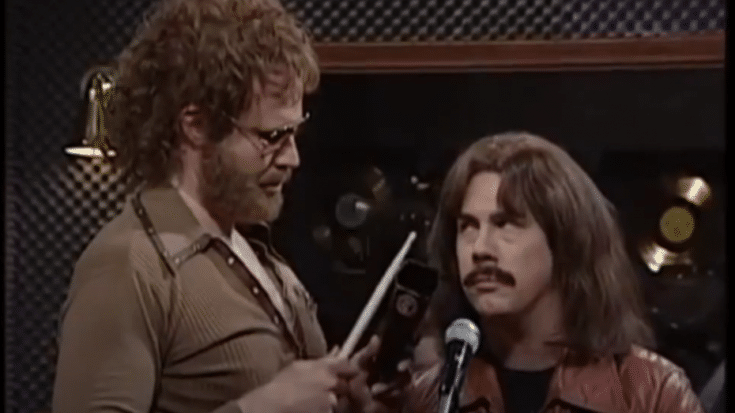 On April 8, 2000, Saturday Night Live aired what would become one of their most iconic comedy sketches – “More Cowbell”. It fictionalized the recording of Blue Öyster Cult’s classic hit “(Don’t Fear) The Reaper”. Written by actor Will Ferrell, he also appeared as the fictional cowbell player Gene Frenkle. The skit featured Christopher Walken as producer “The Bruce Dickinson”, Jimmy Fallon as Albert Bouchard, Chris Parnell as Eric Bloom, Chris Kattan as Buck Dharma and Horatio Sanz as Joe Bouchard.

No matter how many times you watch, it’s still hilarious as Frenkle became too excited to play the cowbell. His bandmates started getting distracted but Dickinson, instead of being annoyed, asked for “a little more cowbell” – which eventually became a pop culture catchphrase.

Ferrell got the idea from listening to “(Don’t Fear) The Reaper”. He explained, “Every time I heard [the song], I would hear the faint cowbell in the background and wonder, ‘What is that guy’s life like?'”

Initially, SNL executive producer Lorne Michaels wasn’t sold on the skit and in fact, it was submitted around seven times before it was finally approved. It was then put towards the end of the episode. And unsurprisingly, all the actors found it challenging to keep straight faces especially with Ferrell and Walken’s acting. Even Ferrell himself lost it at one point after Fallon laughed because of Ferrell’s too tight shirt.

“(Don’t Fear) The Reaper” does feature a cowbell but it’s not prominent throughout the song and was drowned out by the other instruments. Blue Öyster Cult loved the sketch and in fact, co-vocalist Buck Dharma declared that “Ferrell pretty much sabotaged” its whole creepy vibe.