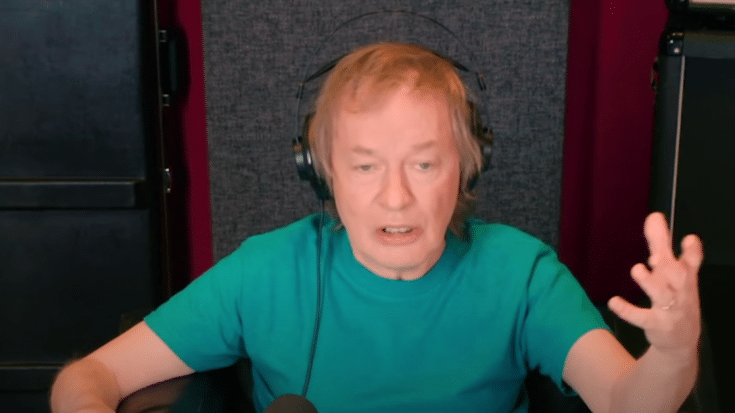 Check Out The Interview

In an interview with Zane Lowe on Essentials Radio on Apple Music 1, AC/DC guitarist Angus Young explained the inspiration behind one of their best known and most enduring anthems – 1981’s For Those About to Rock (We Salute You). They were inspired by a line from British poet, historical novelist, classicist and critic Robert Graves.

A collaboration between Angus and Malcolm Young, Angus said that he came up with “a little guitar thing” for the intro while Malcolm “had this little guitar chordal progression.”

Angus then explained, “And the funny thing is, when we got to the chorus, we were going, “Okay, what are we going to sing on this?”” So he went back to something he previously read from Graves who “had a book out or a story he had put in one of the papers, because he did a lot of history stuff.” And Angus “had read it and it was, “For those about to die,” and he went into a day in the Coliseum or somewhere in Rome at the time and the thing that the gladiators did.”

Angus recalled, “And I thought, “That might fit.” So it was a case of, if I can come up with a way of singing something that can sing into it.”

For Those About to Rock (We Salute You) was the title track of AC/DC’s eighth studio album.