Paul McCartney Announces New Book ‘The Lyrics: 1956 to the Present’ 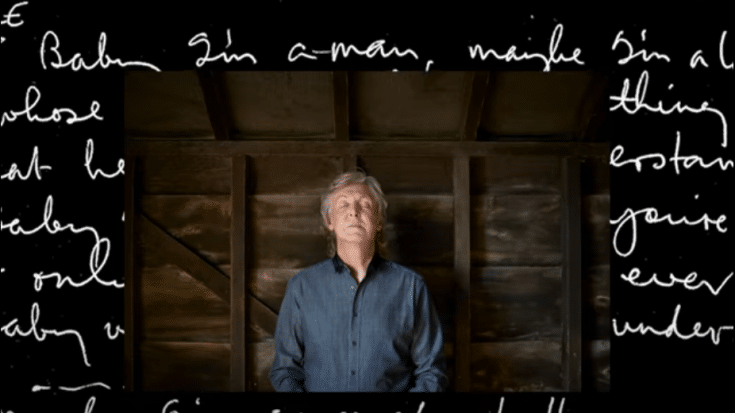 Paul McCartney just announced a new autobiography titled The Lyrics: 1956 to the Present which follows his entire career and spans eight decades of songwriting. Out in November 2, the two-volume 960-page book will feature more than 150 songs in alphabetical order. It includes his compositions as a youth, during his time with Beatles and Wings, plus his solo material. It also describes the people and places he drew inspiration from and “the circumstances in which they were written.”

Pulitzer Prize-winning writer and poet Paul Muldoon edited the collection and also wrote its introduction – he referred to Macca as “a major literary figure”.

McCartney said in a press release, “More often than I can count, I’ve been asked if I would write an autobiography, but the time has never been right.”

“The one thing I’ve always managed to do, whether at home or on the road, is to write new songs. I know that some people, when they get to a certain age, like to go to a diary to recall day-to-day events from the past,” he continued. “But I have no such notebooks. What I do have are my songs, hundreds of them, which I’ve learned serve much the same purpose.”

He added, “And these songs span my entire life.”

The Lyrics: 1956 to the Present is now available for preorder. Watch the trailer for the memoir below.