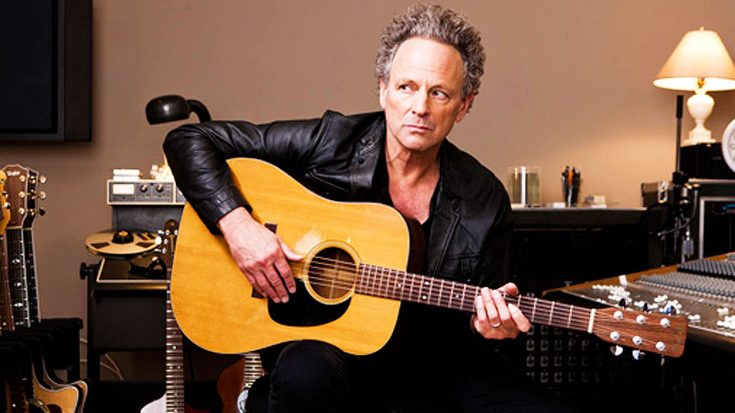 Hard rockers Guns N’ Roses take a step back from their naturally loud music for a softer tone in their song “Patience.” Although it has never been confirmed, it’s assumed that the lyrics are either about Axl Rose’s relationship troubles with now ex-wife Erin Everly, or Izzy Stradlin’s ex-girlfriend Angela Nicoletti McCoy. Either way, the song is about reflecting on a relationship.

It’s interesting to hear Slash playing an acoustic guitar on this track! In addition, Axl’s voice sounds incredibly pure on this song! It’s a delicate song that stands as one of the best acoustic songs in classic rock history!

4. “More Than Words” by Extreme

One of the best love songs in classic rock, Extreme’s “More Than Words” is an incredibly deep tune. Founding member Nuno Bettencourt described the meaning of the song as being about a guy who loves a girl, but feels just saying “I love you” isn’t enough. It was also described as a warning to people that the saying has lost its meaning. People say “I love you” very loosely, and it’s significance and seriousness has been sort of swept under the rug. It’s a serious love song that many people play at weddings for a first dance!

This is the song that brought Extreme their first mainstream success in the United States! Reminisce, and check it out down below!

3. “Going to California” by Led Zeppelin

It’s difficult to pick one acoustic Led Zeppelin song for this list. “Stairway to Heaven,” “Gallows Pole,” “Babe I’m Gonna Leave You”…the list goes on for potential picks for this list. But, in keeping with the theme of “strictly” acoustic, we have to go with “Going to California” off of Led Zeppelin IV. This is a folk song, steering away from Zeppelin’s typical pure rock n’ roll sound. According to Robert Plant, the song is about Canadian singer Joni Mitchell. Plant was infatuated with Mitchell, and references her in the line “To find a queen without a queen/They say she plays guitar and cries and sings.” The song also explores the band’s life at a young age when they first came to California, and their first experience with the other stars and groupies they were surrounded with.

Sit back and enjoy this folk classic!

Easily the most melancholy song on this list. Surprisingly, the guitar part of this song was written Kerry Livgren as an exercise while he was learning fingerpicking. His wife heard the melody, and said it sounded so nice, she suggested that he’d use it in a song. The song is a lot more philosophical compared to Kansas’ other hits. The lyrics are biblical, and derive from Ecclesiastes. It details how we will all spend our life chasing things, but in the end, the inedibility of death awaits us all. it’s depressing, but one of the most true songs in the history of music.

Listen to “Dust In The Wind” down below!

Lindsey Buckingham is easily the most overlooked, and underrated guitarists. His picking skills are incredible, and are showcased on the Fleetwood Mac classic “Never Going Back Again.” The song was written by Buckingham, and is about the bubbly SoCal philosophies of a relationship. Many believe the song is about Stevie Nicks, who was Buckingham’s longtime girlfriend. But in fact, the song is just about rebounding after a long relationship has come to an end. Whether the song was directly inspired by Buckingham’s relationship with Nicks, we’ll never know.

Buckingham’s picking skill is phenomenal on this song, and is the reason why it sits at the top of our list!