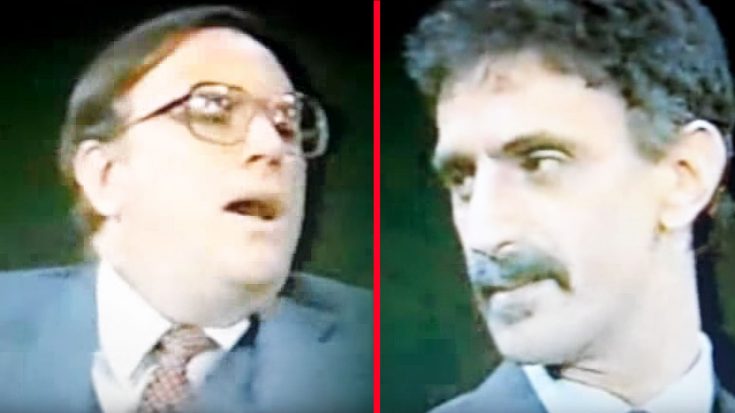 Few things in life are certain. Death, taxes, messing with Frank Zappa will leave you on the receiving end of a verbal/intellectual assassination that will have you curled up on the floor in a puddle of your own tears. Ya know, the basic stuff. All joking aside, though, Frank Zappa is undoubtably one of the most beloved and influential people of the last 40 years. Aside from just being an incredible musician, Frank Zappa was also an activist and renowned intellectual who wasn’t afraid to speak his mind whenever he felt that it was necessary.

So what happens when you pair Frank Zappa with a stubborn CNN official on live television where Frank Zappa’s music is constantly being question and his motivations scrutinized? Well, do you remember what I said about verbal assassinations? Though the eccentrically placed metaphors aren’t seen hear, it’s basically the same thing. See for yourself!