October 29, 1971: Duane Allman Dies In A Motorcycle Crash, And Southern Rock Is Never The Same Again 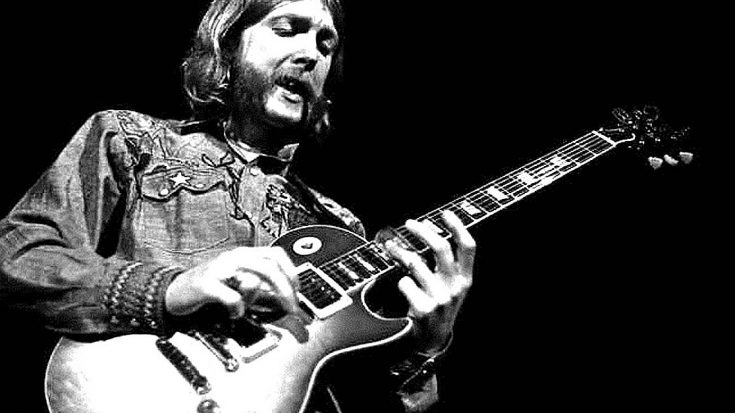 With a résumé that boasted stints with everyone from Aretha Franklin to Wilson Pickett and a gift for guitar playing that bordered on supernatural, Allman Brothers Band guitarist and co-founder Duane Allman was already a legend in the eyes of many when he died at the age of 24.

Known for his expressive slide guitar playing and inventive improvisational skills, Duane’s legacy is that of one of the most fiercely respected musicians in modern history, cited as the inspiration for countless guitar players in the Southern rock pantheon and the standard by which they measure their own evolution as musicians as they constantly chase after the guitar tone that Guitar Player magazine ranked as one of the greatest of all time.

Loved by all who crossed his path, Duane’s life came to a tragic end when on October 29, 1971 the 24-year-old guitarist was killed in a motorcycle crash just three months after the release of the Allman Brothers Band’s critically acclaimed At Fillmore East; while speeding through Macon, Georgia on his Harley-Davidson Roadster, Duane crashed into a truck stopped at an intersection and despite aggressive surgery to save his life, he was declared dead hours later.

Just like that, one of rock and roll’s best and brightest was gone forever and with him, our dreams of what he could have accomplished with another 25, 30, even 50 years under his belt.

It’s not difficult to imagine what the rock landscape would look like today had Duane lived because even 47 years after his death, the quiet strength, power, and passion he threw into his guitar playing still casts a warm glow over musicians that both knew him and have learned from him in the years since the dreary Friday we said goodbye to our SkyDog, ensuring that while Duane’s magic will never be duplicated, the next generation of guitarists after him will keep his legacy alive by doing their damndest to try.