The Top 5 Greatest Guitarists Who Wielded A Les Paul—Number 1 Might Surprise You! 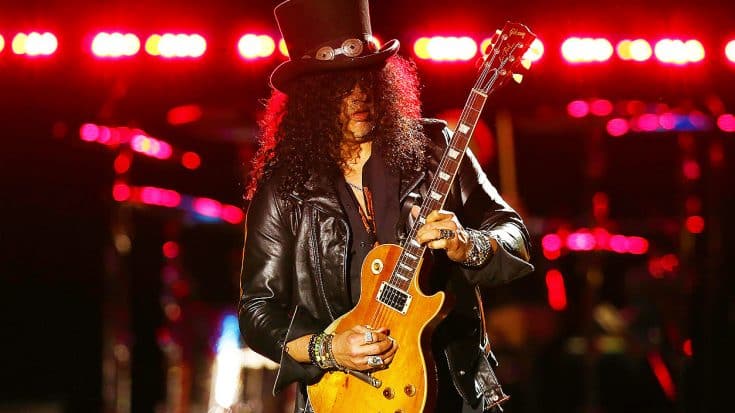 Everyone loves a classic Les Paul

Les Paul was one of the most iconic and influential musicians to ever walk this earth. Not only was he a pioneer in rock n’ roll, blues, and country music, Paul also helped create the very first solid-body guitar. Now-a-days, solid body guitars are normal, but back in the day, they were uncommon, and Les Paul revolutionized music by designing them and normalizing them.

Back in 2009, Les unfortunately passed away at the age of 94 years old. He lived a wonderful life, and left his mark on the music world forever! many guitarists have wielded Les Paul’s iconic guitars across the years, and today, we’re going to countdown the best of the best. We’re bringing you the Top 5 greatest guitarists who wielded the Les Paul model guitar, and made it popular throughout their career!

So without further a-do, let’s start with number 5!

We’re kicking off the list with the man, Joe Perry. Joe has played a few guitars throughout his career, but predominately stuck with the Les Paul. From the amazing riff on “Walk This Way,” the electrifying guitar effects on “Dream On,” and the great feedback sounds on “Sweet Emotion,” Joe’s Les Paul has provided us with some amazing memories over the years! Although he may not be the greatest guitarist in the world, he’s easily one of the most consistent and reliable!

The picture above shows him shredding one at the 2017 NAAM show in Anaheim, California.

Ozzy Osbourne has many guitarists throughout his solo career, however no one is more famous than Randy Rhodes. If Randy wasn’t shredding on his flying V, he was usually tearing up a Les Paul. From his facemelting solos on “Crazy Train” and “Mr. Crowley,” Randy is often considered one of the best guitarists of the 80’s. Although his life ended way too early, he will always be remembered for his fantastic shredding ability and on stage charm!

The above photo depicts Randy strumming a Les Paul while performing in the UK.

Duane Allman’s career was tragically cut short at the young age of 24 after a devastating motorcycle accident. But in his brief time, he brought us some of the greatest riffs in southern rock history! Mainly used as a session musician, Duane contributed to loads of work throughout his short career, his most memorable being with Derek and the Dominos. Duane is known for shredding this beauty on the famous guitar track “Layla.” Him and Eric Clapton teamed up on the song, and it’s still regarded as one of the best guitar songs of all time.

Pictured above is Duane in the studio tuning his Les Paul before going to work.

When you think of Slash, 3 things come to mind: the long hair, top hat and a Les Paul. Slash’s iconic Les Paul is basically another appendage on his body. There are few clips of Slash on stage without it, and he actually looks naked! Everyone associates the Les Paul with Slash, because you can’t help but picture him playing the opening riff of “Sweet Child O’ Mine” on it! This list would seriously be incomplete without Slash, however, there’s one other guitarist who might make this guitar more iconic than Slash!

Pictured above is Slash recently on stage shredding his iconic Les Paul!

Think about this: the man who played the best solo in rock n’ roll history played a Les Paul. Although, “Stairway to Heaven’s” guitar solo was played on an SG double neck, it’s hard to picture Led Zeppelin’s Jimmy Page without picturing a Les Paul draped across his shoulder. Not only that, but Page even revolutionized the way you play a guitar, using a bow and playing it like a violin and cello, like shown above! Jimmy Page is hands down the most iconic to wield this beautiful guitar!

It’s crazy to think about it, but Les Paul played a huge part in all of these legends successes! Thank you, Les Paul for creating this iconic instrument!