The Top 10 Classic Rock Debut Albums Of The ’70s 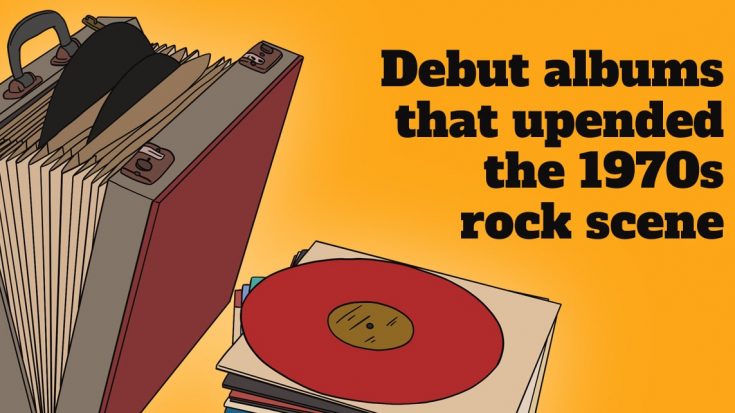 They Hit The Ground Running

Some bands take their sweet time in forging their sound and finding their identity but not the following rock acts. They knew what they wanted and how to achieve it. Although not all of these debut albums became massively successful upon its release, it wasn’t long before they achieved classic status.

The only studio album of The Sex Pistols, it’s one of the most influential records in rock. It’s full of angst, aggression, and raw energy. Plus, how can we forget Johnny Rotten’s powerful delivery? This LP basically set the template for several other bands and musicians who followed them. Since The Sex Pistols attracted controversy at the time of its release and what with being banned by major retailers, it only added to the intrigue and therefore helped boost their sales. There was never anything like it and all in all, the album was a game-changer. It’s one of Kurt Cobain’s favorites.

It’s the first album released on Led Zeppelin’s very own Swan Song Records label. Rising from the ashes of Free, this hard rock supergroup set the bar high. It’s loud and hard-hitting, essentially capturing what ’70s rock was all about. From the vibe to the sound, it’s the best of rock ‘n roll. It oozes with so much attitude that it’s hard to listen to its entirety just once.

From the album cover to the songs, it has since achieved legendary status. It kicked off with one of their best known tracks – “Blitzkrieg Bop”. From there, it’s one sonic assault after another. It’s manic and violent, at times humorous. It’s not just influential in punk but also in heavy metal and grunge. Overall, the record’s fresh, fun, and exciting.

The band’s only album released in Ian Curtis’ lifetime, it’s nothing short of a masterpiece. That cover alone sparks intrigue and once you dive in, it won’t disappoint. The music is dark, haunting, and it lures you in. It’s intense and sometimes aggressive. And it’s not a record you ever want to put down.

It may be the only album by Derek and the Dominos but it’s more than enough to leave their mark in rock. With its key track “Layla” that’s highly regarded as Eric Clapton’s finest musical moment, the album has aged well and continues to impress. Initially, it didn’t sell and was deemed a critical disappointment but over time, critics and listeners acknowledged its greatness and even today, nothing compares to it. Especially with the participation and contribution of Duane Allman, it’s pure heaven.

Meat Loaf announced his arrival into the music scene with a spectacular album. It’s operatic and epic. It’s also dramatic and pretty extra. In short, the songs suited Meat Loaf perfectly. Unfortunately though, making an album as stunning and great as this usually meant that all his other records will forever live in the shadow of “Bat Out of Hell”.

A blockbuster album, there’s no filler or any throwaway song. Instead, it’s brilliant from start to end. To sum it up, it’s near-perfect – the production, the songwriting, the musicianship, everything. The album cover is just fitting because it sometimes gives off that almost-otherworldly feel. It’s not just one of the greatest debuts, it’s one of the greatest albums in rock. Period.

The LP spawned some of their best known and most enduring songs. They weren’t the first Southern Rock musicians but they refined and perfected the sound. So it’s no surprise that they immediately rose to prominence with the release of their debut record that showcased their exceptional musicianship.

It brilliantly highlighted the band members’ strengths especially in songs like “Runnin’ with the Devil” and “Ain’t Talkin’ ’bout Love”, and the instrumental “Eruption”. Bassist Michael Anthony recalled, “The whole album only took a couple of weeks. Ted Templeman wanted to make a big, powerful guitar record, and he had all he needed in what Eddie was doing.”

Often considered as the first heavy metal album, this put Black Sabbath on the map. They set the template for future rockers with their dark music and lyrics. It’s innovative and revolutionary.