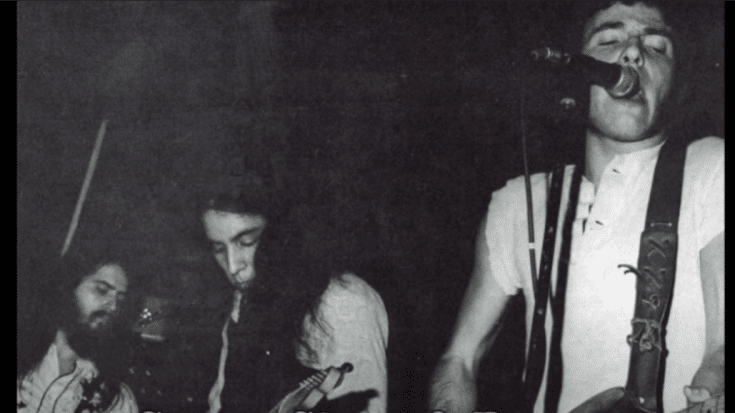 Months before Bruce Springsteen released his debut album “Greetings from Asbury Park, N.J.”, he performed at a bar with Steve Van Zandt, Vini Lopez, Garry Tallent and David Sancious. The Boss paid tribute to his hero Bob Dylan by including a classic from the folk rock icon on his set. Springsteen took on the 1965 song “It’s All Over Now, Baby Blue” originally featured on Dylan’s Bringing It All Back Home album. Check out his cover below.

“It’s All Over Now, Baby Blue” has been covered by a plethora of artists including Joan Baez, the Byrds, the Animals, Joni Mitchell, the Grateful Dead, and Bad Religion. Although Dylan mostly played his songs live before recording them in the studio, that wasn’t the case with this. He opted to record it first before playing it in concert.

Over the years, the identity of “Baby Blue” has become the subject of much intrigue. There were those who believed it’s fellow folk musician Joan Baez because they were once in a relationship. But another interpretation points to his folk music audience as the subject because this was written at a time when he transitioned from being a folk icon into a full-fledged rockstar.