The Story Of Why B.B. King Named His Guitar ‘Lucille’ 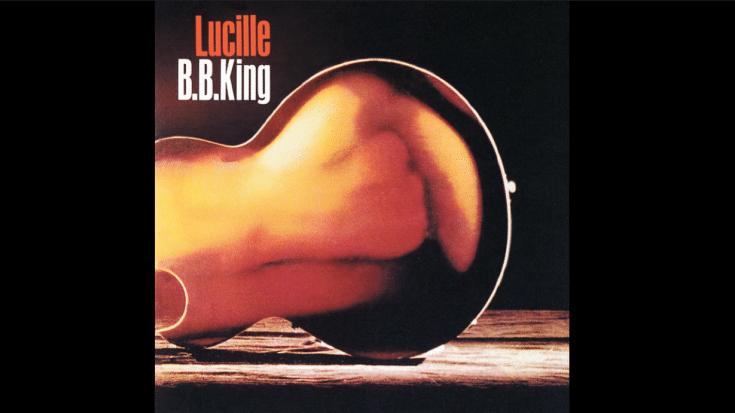 There are few guitars that became a part of music history – Eric Clapton’s Blackie, Eddie Van Halen’s Frankenstrat, Keith Richards’ Micawber, and Brian May’s Red Special. These axes are just as iconic as their rockstar owners. Blues legend B.B. King also had his favorite companion on stage – the famed Lucille.

Lucille’s voice can be heard in his classic hit “The Thrill is Gone”. Of course, her sound inspired and influenced countless guitarists. B.B. King once said, “The minute I stop singing orally, I start to sing by playing Lucille.”

The thing is though, like most popular guitars, she’s far from being one-of-a-kind. On the contrary, Lucille was the name B.B. King gave to his guitars.

But how did he come up with her name?

He was in his early 20s when he performed at a nightclub in Twist, Arkansas. He recalled, “Well, it used to get quite cold in Twist, and they used to take something looking like a big garbage pail and set it in the middle of the floor, half-fill it with kerosene. They would light that fuel, and that’s what we used for heat.”

That didn’t seem like the safest way to stay warm but one night, a fight broke out and the pail was knocked over.

The bluesman said, “It was already burning, so when it spilled, it looked like a river of fire, and everybody ran for the front door, including yours truly. But when I got on the outside, then I realized that I’d left my guitar inside. I went back for it. The building was a wooden building, and it was burning so fast when I got my guitar, it started to collapse around me.”

The next morning, he found out that two people lost their lives and that the fight between the two men was because of a woman.

He explained, “I never did meet the lady, but I learned that her name was Lucille. So I named my guitar Lucille and reminded me not to do a thing like that again… I almost lost my life trying to save the guitar.”

The original Lucille was a Gibson L-30 archtop. Over the years, he collected other models and loved them all. He even wrote a tribute to Lucille – a ten-minute track that became one of his most loved tunes.