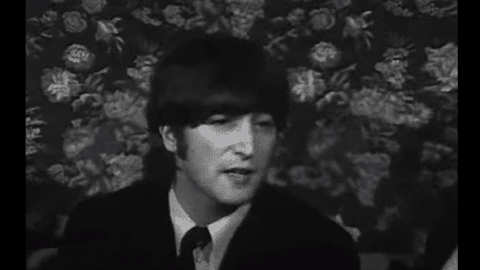 He Apologized During A Press Conference

In 1966, The Beatles were at the height of their career but John Lennon made an offhand comment in one interview that ended up getting a lot of reaction – from protests to death threats.

Earlier that year, Lennon famously told British journalist Maureen Cleeve: “Christianity will go. It will vanish and shrink. I needn’t argue about that; I know I’m right and I will be proved right. We’re more popular than Jesus now. I don’t know which will go first – rock & roll or Christianity. Jesus was all right, but his disciples were thick and ordinary. It’s them twisting it that ruins it for me.”

It was published in the London Evening Standard in March but no one made a big deal out of it. On July 29 however, it was reprinted in the American teen magazine Datebook without context and that angered thousands of people – from church leaders to DJs and religious folks.

Some radio stations refused to play The Fab Four’s songs, others called to ban them entirely, and there were those who organized bonfires of their records. Even without the internet or social media at the time, the controversy grew quickly. There were rallies all over the world – from Mexico to South Africa.

Beatles manager Brian Epstein attempted damage control by speaking in behalf of Lennon at a New York press conference. Apparently, that did little to the issue. On the first day of their final US tour, The Beatles held a press conference at the Astor Tower Hotel in Chicago. Initially, Lennon refused to apologize but Epstein and press agent Tony Barrow convinced him it’s the best thing to do.

He clarified that he “didn’t mean it the way they said it.” He said, “I just meant it as that – I wasn’t saying the Beatles are better than Jesus or God or Christianity. I was using the name Beatles because I can use them easier, ’cause I can talk about Beatles as a separate thing and use them as an example, especially to a close friend. But I could have said TV, or cinema, or anything else that’s popular, or motorcars are bigger than Jesus. But I just said Beatles because, you know, that’s the easiest one for me. I just never thought of repercussions.”

He added, “I suppose if I had said television was more popular than Jesus, I would have got away with it. I’m sorry I opened my mouth. I’m not anti-God, anti-Christ, or anti-religion. I was not knocking it. I was not saying we are greater or better.”

The 1966 tour ended up becoming The Beatles’ last not just because of Lennon’s comments but also from other factors.

Sammy Hagar Recalls The Moment He Learned That Eddie Van…

The Story Of How Beethoven Inspired ‘Because’…