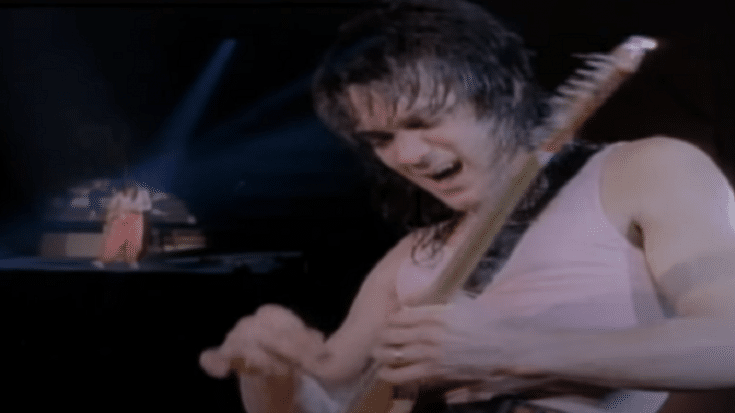 In the world of rock ‘n roll, Eddie Van Halen has managed to reach the upper echelon with his unrivaled talent as Van Halen’s resident axemeister. He pushed the boundaries in guitar playing – it’s often described as revolutionary, groundbreaking, and innovative. He’s a virtuoso who introduced all of us to various techniques that took their songs to the next level.

As tribute to this guitar titan, here are five of his greatest solos:

One of the solos that changed how people look at the electric guitar and what sounds it could produce. In less than two minutes, EVH goes all-out and it’s mesmerizing to watch. He wasn’t the first to use two-handed tapping but he was one of the few who introduced it to the mainstream audience. It’s powerful and flawless – a testament to his sheer brilliance. But EVH is a perfectionist and so he said in one interview, “I didn’t even play it right. There’s a mistake at the top end of it. To this day, whenever I hear it, I always think, ‘Man, I could’ve played it better.'”

Van Halen announced their arrival with a stunning self-titled debut album with so much compelling and mesmerizing stuff. “I’m The One” is a deep cut where EVH does a sonic assault with not one but two killer solos. Unsurprisingly, this is one of his favorite solos. It’s chaotic but in a good way. The speed alone makes you think EVH is not human. It’s sheer madness but pure magic.

An original by Linda Ronstadt, it’s the opening track of Van Halen’s second studio album. As expected, EVH gave the song a heavy metal treatment. When it was time for the solo, EVH treated it like it was their typical Van Halen song. They overhauled the track and reworked it in a way that convinces the listener it’s not a cover. EVH did admit though that he “never actually heard the original.”

That unrestrained aggression – this is EVH at his best. Clearly one of his finest guitar moments, it’s fiery and intense. It’s essentially what heavy metal is about – raw, dark, hard-hitting, and even brutal at times. EVH unleashes so much power, it’s unbelievable.

EVH told Guitar World that it was “Roth’s idea of trying to cash in on the reggae thing.” It may not be everyone’s cup of tea because it’s not one of their hard rockin’ tunes but overall, EVH still kills it here especially with the jaw-dropping solo. EVH himself acknowledged that it “has an incredible guitar solo”. He doesn’t let loose here but is rather more restrained.