The Struts Cover “Do You Love Me?” By Kiss – Listen 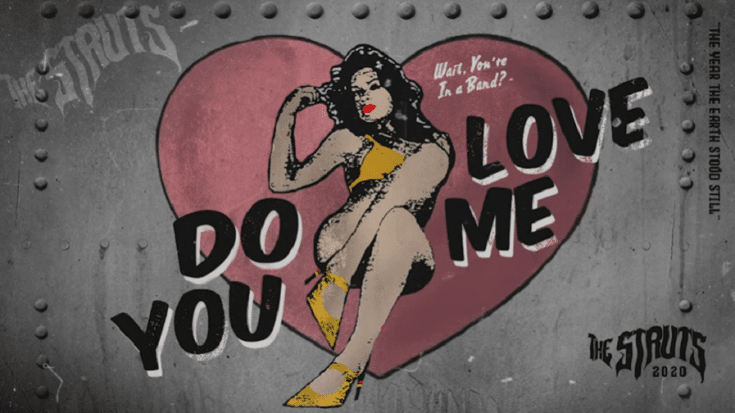 The Struts recently released their third album “Strange Days” which they recorded in less than two weeks and it features their version of the 1976 KISS classic “Do You Love Me?” Some of The Struts’ special guests in their latest studio effort include Def Leppard’s Phil Collen and Joe Elliott, Rage Against the Machine’s Tom Morello, The Strokes’ Albert Hammond Jr., and Robbie Williams.

The Struts guitarist Adam Slack told Sonic Perspectives about their cover, “I think we were trying to get one of the guys from KISS to play on the song; I can’t remember which one as somehow I had a contact for one of them. Phil Collen‘s first band, Girl, covered that song, and we wanted to get Phil and Joe Elliott to play on it, but they wanted to do an original song.”

He added, “We all love the song, and I think it sounds huge. We didn’t cover a well know KISS song because we wanted a song that not everyone knows. It would give it a new audience. Everyone has done covers of all their big songs.”

Singer Luke Spiller also said, “I was so in love with Girl’s version of ‘Do You Love Me’ and thought the simplicity of it was amazing. I wanted to give it an even bigger sound for our album—something way more aggressive, completely balls-to-the-wall.”

Check out their cover below.