The Story Of The Unplanned Eddie Van Halen SNL Guesting 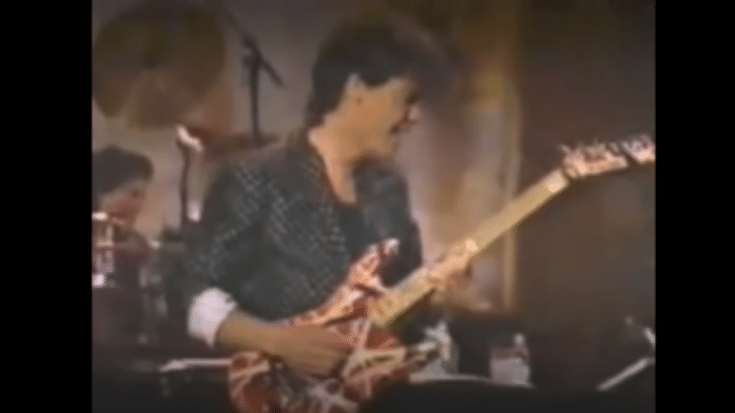 He Made A Tiny Mistake

In 1987, Eddie Van Halen accompanied his wife and actress Valerie Bertinelli to the Saturday Night Live studio for a taping as a guest host. He wasn’t initially invited to appear on the episode but house band guitarist G.E. Smith convinced him to make an appearance and perform with them. They wrote the bluesy instrumental jam “Stompin’ 8H” together – named after the studio they were filming in which is the Studio 8H at 30 New York’s 30 Rockefeller Plaza.

It was an unforgettable performance, to say the least.

Smith recalled in an interview, “He doesn’t want to follow his wife around like a puppy dog. So he finds out about the music office, and he comes in and hangs out – because you can do whatever you want in the music office. Drinking, smoking, whatever. He was comfortable there. It was his people, band guys.”

And as to the song they played, EVH came up with the lick and according to Smith: “I wrote another section, and then Lenny [Pickett, musical director] arranged the horn parts and then there we were.”

He added, “At dress it was fantastic – it was ridiculous how good it was. … He’s a master, he really is. At air it was great, I mean it was super high quality. But he made a tiny little mistake. He forgot where this one very intricate little thing [was]. Nobody would even know about it; maybe three people in the United States. He was so upset that he had made a mistake; but it was great.”