The Story Of The Song: “White Room” By Cream 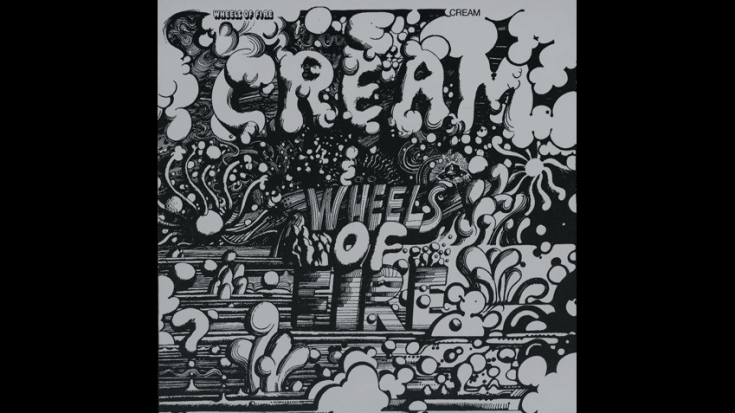 One of Rock’s First Supergroups

Cream had a short-lived career as a power trio but even so, they left an indelible mark in rock – a catalog that showcased their virtuosity. But the only thing bigger than their talent were their egos and so after less than three years, they broke up and went their separate ways. Before that though, they churned out some of the most memorable songs in the genre – one of which is “White Room”.

Featured on their double LP “Wheels of Fire”, it peaked at #6 on the US Billboard Hot 100 and charted in several countries. Written by bassist Jack Bruce and lyricist Pete Brown, it’s about depression and hopelessness. Bruce wrote the music first which was inspired by his cycling tour in France and Jimi Hendrix. Originally, Brown wrote the lyrics about a “doomed hippie girl” and titled it as “Cinderella’s Last Goodnight” but Bruce didn’t like it.

It was scrapped and Brown, who’s also a poet, presented an eight-page poem he previously wrote and reworked it as “White Room”.

“It was a meandering thing about a relationship that I was in and how I was at the time. It was a kind of watershed period really. It was a time before I stopped being a relative barman and became a songwriter, because I was a professional poet, you know. I was doing poetry readings and making a living from that. It wasn’t a very good living, and then I got asked to work by Ginger and Jack with them and then started to make a kind of living.

“And there was this kind of transitional period where I lived in this actual white room and was trying to come to terms with various things that were going on. It’s a place where I stopped, I gave up all drugs and alcohol at that time in 1967 as a result of being in the white room, so it was a kind of watershed period. That song’s like a kind of weird little movie: it changes perspectives all the time. That’s why it’s probably lasted – it’s got a kind of mystery to it.”

They started recording it in London but completed the song in three sessions at Atlantic Studios in New York City. Bruce took over the lead vocal duties while Eric Clapton used a wah-wah pedal for the “talking-effect” – an idea he got from fellow guitar god Jimi Hendrix. And according to drummer Ginger Baker, instead of 4/4 time signature, he added a 5/4 or quintuple time for the opening.

For their Farewell Tour, Cream would open their shows with “White Room”. Over a decade after they broke up, Clapton included it in his set at Live Aid.

In an interview with Jim Clash, Bruce revealed that this was his favorite Cream song.

He said, “The inspiration for the music came from meeting Jimi Hendrix and his approach to playing. In fact, he came to the recording session of that in New York and said to me, “I wish I could write something like that.” I said, “But it comes from you!” It’s a synthesis of things and not a completely original chord sequence. It’s the way we placed certain things in time that makes it original. I had problems with the record company because of the introduction being 5/4 and those suspended second inversion chords. They didn’t think it would make it.”