The Story Of The Song: “Ohio” By Crosby, Stills, Nash & Young 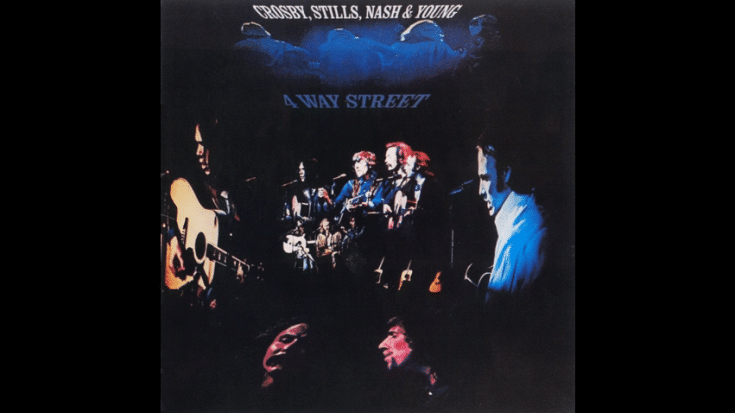 The Greatest Protest Song Ever Written

Written by Neil Young, “Ohio” is a protest song that was inspired by the Kent State Massacre which happened on May 4, 1970. Members of the National Guard armed with M1 rifles open fired into a crowd at Kent State University in Kent, Ohio who were protesting against the Vietnam War after President Richard Nixon announced that US troops would invade Cambodia. The shooting resulted in four dead students and nine injured. Undergraduate John Filo from the Kent State photo lab captured everything with his camera.

At the time, Crosby, Stills, Nash & Young had so much tension between them that they were on the verge of breaking up. During breakfast on May 19, Young saw Filo’s photos on Life Magazine – an issue dated May 15 with the cover line “Tragedy at Kent”. After that, he grabbed his guitar and started writing the song. In only fifteen minutes, he came up with what he called “Ohio”. Crosby began working on the harmony part as Young wrote the lyrics.

Before they were supposed to fly back in Los Angeles, Crosby called up Graham Nash and told him, “You won’t believe this fucking song Neil’s written.” He then asked Nash to book a studio ASAP.

CSNY went into the Record Plant Studios in Los Angeles, rehearsed the song and completed it in only five takes with no overdubs. Crosby ended up crying after recording.

Crosby wrote, “I was so moved by it that I completely lost it at the end of the song, in the recording studio, screaming, ‘Four… Why? How many more?’ For me, ‘Ohio’ was a high point of the band, a major point of validity. There we were, reacting to reality, dealing with it on the highest level we could – relevant, immediate. It named names and pointed the finger.”

“Ohio” resonated with listeners and has become one of CSNY’s most enduring songs. And it became a turning point for Neil Young as a songwriter as this was his first protest song. Throughout his career, he would pen a plethora of tracks reflecting his political stance and activism.