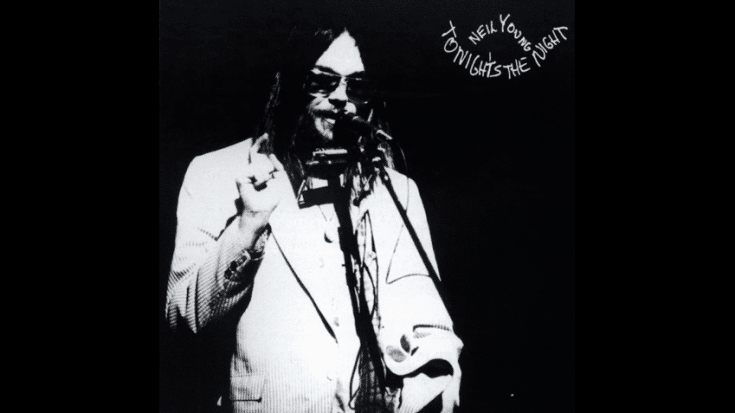 “Tonight’s the Night” is the title track on Neil Young’s sixth studio album released on June 20, 1975. It bookended the LP but in two different versions.

The song is about grief – Young’s roadie and close friend Bruce Berry died from drug overdose a few months before Young began working on the record. And so this served as Young’s tribute to Berry. The lyrics include snippets of Berry’s life – the sparkle in his eyes, how he picked up Young’s guitar and played a song, and how he’d sleep late into the afternoon.

Young told Rolling Stone, “Tonight’s the Night is like an OD letter. The whole thing is about life, dope, and death. When we played that music we were all thinking of Danny Whitten and Bruce Berry, two close members of our unit lost to junk overdoses. We played Bruce and Danny on their way all through the night.”

He also said, “All of these things happen to people, so I figured it happened to me so I’ll write about this, and I’ll just write from my heart, and if other people have this happen to them they’ll relate to this.”

Like the rest of the album, this was recorded pretty quickly. The raw sound resulted from Young and Crazy Horse recording it without even playing it back. They only did so after they finished it.