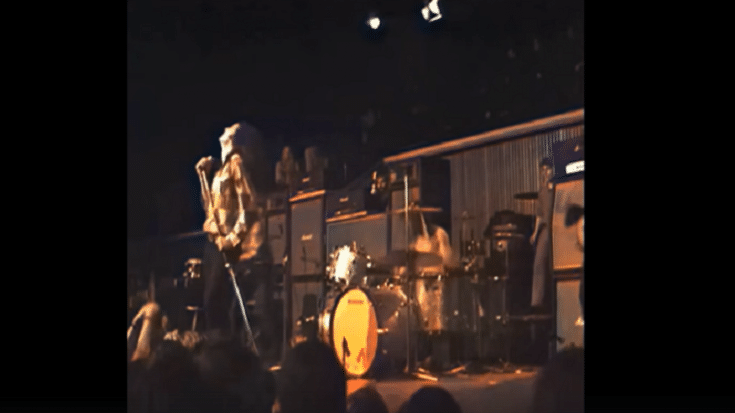 On March 1, 1972, Deep Purple performed at Kobenhavns Boldklub Hallen in Copenhagen, Denmark. It was just a few weeks before they dropped their landmark album “Machine Head” but this particular set featured three songs from the LP – “Highway Star”, “Lazy”, and “Space Truckin'”.

In the video below, the legendary band played their highest charting single “Black Night” which was released on June 5, 1970.

Bassist Roger Glover told Metal Hammer in 1988, “I love the way that song was born. It happened one night in the studio after we finished Deep Purple In Rock and the management were screaming for a single, because there wasn’t an obvious single on the album. So we thought that we’d humor them, because we never thought of ourselves as a singles band. We spent a whole afternoon trying to get a riff and nothing happened. Round 7:30 we decided to go down to the pub and stayed there until closing time and came back to the studio completely drunk wherupon Ritchie (Blackmore) picked up the guitar and started playing what was to become ‘Black Night’ and we said ‘yeah, that sounds great let’s do that.'”

Check out the live version.