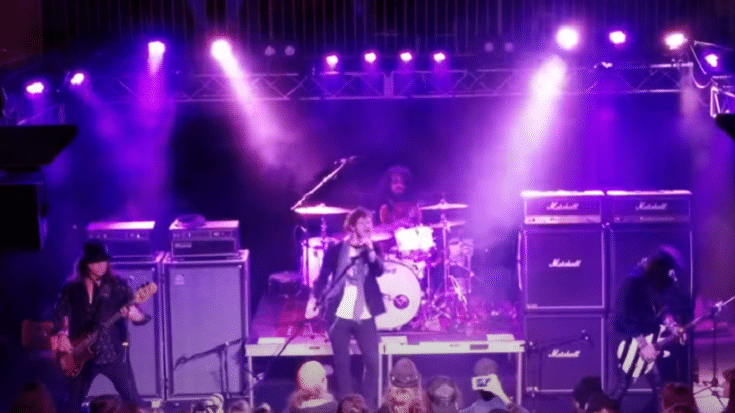 Because of “Serious Health Concerns”

Quiet Riot has called off their plans to appear at a socially distanced concert which is set to take place on July 4 at the Magic Springs Theme and Water Park in Hot Springs, Arkansas. According to an announcement on the venue’s Facebook page, “Due to serious health concerns, Quiet Riot has elected to cancel their performance scheduled for July 4th. Molly Hatchet and Blackfoot will still be performing as planned.”

This news comes a week after drummer Frankie Banali was rushed to the emergency room at Kaiser Permanente Woodland Hills Medical Center, California because he had “an infection that needs to be dealt with along with several procedures that need to be addressed.” He’s been battling stage four pancreatic cancer for 14 months now. His wife Regina took to social media to clarify that he’s “not on his death bed.”

She added, “He has been in the ER several times during this journey. He currently has an infection, again. That will get cleared up and he will come home. Thank you all. You can keep up the prayers and good thoughts for him as he is fighting a tough battle.”

Other classic rock acts are also starting to return to live stage.