The Story Of The Song “Layla” By Eric Clapton 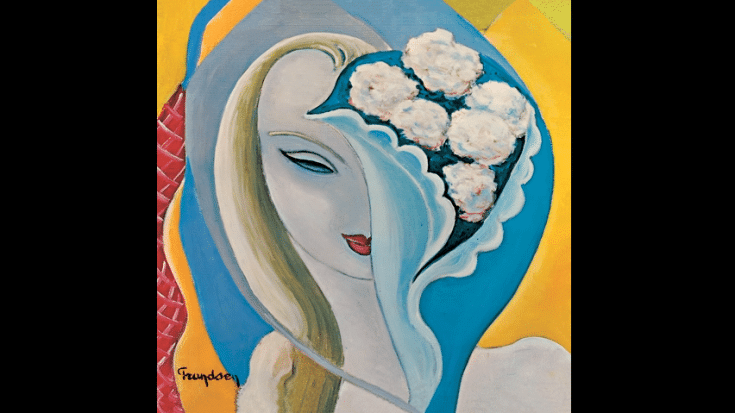 via Derek & The Dominos - Topic/YouTube

Derek and the Dominos released only one studio album titled “Layla and Other Assorted Love Songs” but it was enough to make their mark in rock. One of the highlights of the LP is “Layla.”

The origin of the song can be traced back to a popular tale – “The Story of Layla and Majnun” written by Persian poet Nizami Ganjavi. It was about a young couple named Qays and Layla who fell in love with each other but whose relationship was forbidden by the girl’s father. Qays became hopeless and obsessed until he was given the nickname Majnūn, or “madman.” Layla was eventually married off to rich and noble merchant. After Layla dies, Qays is also found dead near her grave.

It’s a tragic story of forbidden love. And so when Ian Dallas gave Eric Clapton a copy of the book, the story moved him and in a way, he could relate to it especially since at the time, he was desperately in love with Pattie Boyd – the wife of his friend and fellow rocker George Harrison.

Clapton wrote the song and it was initially a ballad. It was after Duane Allman was introduced to him that things began picking up. With Allman’s presence in the studio, he brought out the best in Clapton and for hours, the two axemeisters jammed together.

It was Allman who sped up “Layla” and came up with its signature riff. And when Clapton heard Jim Gordon in the studio working on a piano piece, he asked Gordon if he could use it.

Speaking about the song, Clapton said: “I’m very proud of it. I love to hear it. It’s almost like it’s not me. It’s like I’m listening to someone that I really like. Derek and The Dominos was a band I really liked—and it’s almost like I wasn’t in that band. It’s just a band that I’m a fan of. Sometimes, my own music can be like that. When it’s served its purpose to being good music, I don’t associate myself with it any more. It’s like someone else. It’s easy to do those songs then.”

It didn’t enjoy massive success upon its release. But over the years, it has been widely regarded as one of Eric Clapton’s finest compositions.