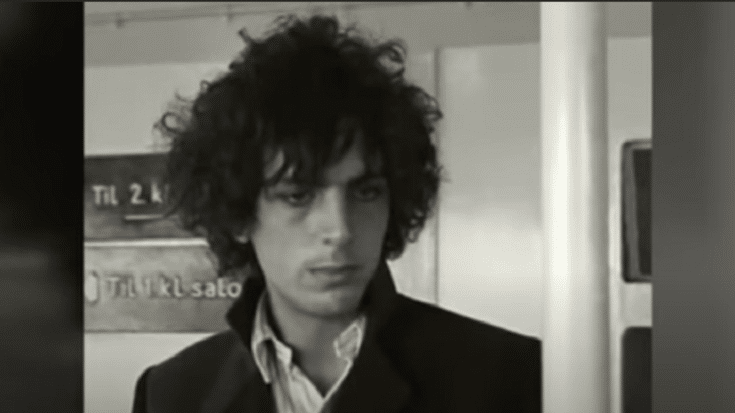 By the time Pink Floyd started working on their ninth studio album “Wish You Were Here,” former leader and frontman Syd Barrett had already left the band for over six years because of his mental health problems. Even so, they haven’t forgotten him and this LP served as their tribute to Barrett especially with the song “Shine On You Crazy Diamond”.

In one particular session on June 5, 1975 at Abbey Road Studios on the eve when they were supposed to depart from England to kick off their second US tour, they were in the process of completing the final mixes on “Shine On You Crazy Diamond” when they noticed an overweight man with a shaved head and eyebrows carrying a plastic bag. Even though they played together for years, the band members didn’t recognize Barrett. Some of them thought he was an EMI staff or crew.

According to Richard Wright, “I remember going in, and Roger was already in the studio working. I came in and sat next to Roger. After 10 minutes he said to me: ‘Do you know who that guy is?’ I said: ‘I have no idea. I assumed it was a friend of yours.’ And suddenly I realised it was Syd.”

Back then, Barrett was just 29 years old but he looked more like a middle-aged man. He was a shadow of his former self. They talked with him but he was barely making any sense. He attended Gilmour’s wedding reception at the EMI canteen but left without so much as saying goodbye.

It was the last time they saw him.

Waters, who reportedly couldn’t hold back his tears after seeing Barrett, said: “I’m very sad about Syd. I wasn’t for years. For years, I suppose he was a threat because of all that bollocks written about him and us. Of course he was very important, and the band would never have fucking started without him, but on the other hand it couldn’t have gone on with him. He may or may not be important in rock’n’roll anthology terms, but he’s certainly not nearly as important in terms of Pink Floyd. Shine On is not really about Syd, he’s just a symbol for the extremes of absence some people have to indulge in because it’s the only way they can cope with how fucking sad it is – modern life – is to withdraw completely.”

Barrett’s sudden appearance unsettled the band and it had such a huge impact on them. David Gilmour admitted on the Pink Floyd: The Story of Wish You Were Here documentary, “Although ‘Shine On You Crazy Diamond’ is specifically about Syd and ‘Wish You Were Here’ has a broader remit, I can’t sing it without thinking about Syd.”