The Time Keith Richards Totaled His Car In 1969 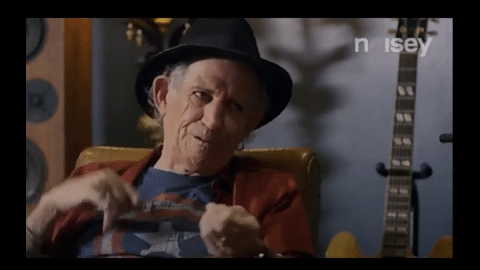 He Walked Away Without Any Injury

It’s no secret that The Rolling Stones guitarist Keith Richards has cheated death more than once, hence why there are dozens of memes saying that he’s the only one likely to survive the apocalypse.

From almost getting electrocuted while performing on stage to accidentally setting his bed on fire – Richards has been through hell and back. All of his crazy and wild escapades have been well-documented too.

On June 7, 1969, Richards and his then-girlfriend Anita Pallenberg who was seven months pregnant were driving around Sussex County south of England when the rocker drove around a corner at 70 mph.

According to Richards in his 2010 memoir Life, “On a corner, close to Redlands, a red light came on in the car and nothing would work. A hydraulic fault. Brakes wouldn’t work, steering wouldn’t work, it just teetered on a patch of slippery grass and then rolled over. It was a convertible, and it was three tons rolling on the windscreen and on the struts that hold up the canvas. The miracle was that the windscreen held up.”

He added, “My body left the car. I watched it all happen from 12, 15 feet above. You can leave your body, believe me. I’d been trying all my life, but this was the first real experience of it. … I know that Anita is in the car, and I’m wondering in another part of my mind if Anita is also watching from above. I’m more concerned about her than myself, because I’m not even in the car. I’ve escaped, in the mind, or wherever you think you are when things like that happen in a split second.”

Lady Luck, as always, was on Richards side because though he was thrown out of the car, he didn’t suffer from any injury and Anita walked away from the accident with just a broken collarbone.

He further recalled about the car, “[It] was built in 1947 out of Panzer parts and armored steel, immediately postwar, German scrap lying around the battlefield. Basically I was riding a tank with a canvas roof.”