The Story Of Sammy Hagar ‘Ruining’ Their Farm Aid Performance 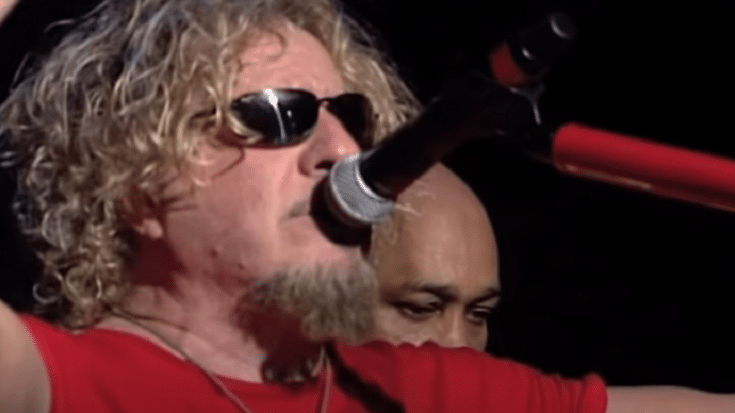 Hagar Said He “Screwed Everything Up”

The inaugural edition of Farm Aid took place on September 22, 1985 at Champaign, Illinois’ Memorial Stadium. It was one for the books, and the artists who participated in the event made history that day.

It marked the first time Sammy Hagar performed in public with guitar hero Eddie Van Halen. Van Halen needed a new frontman to replace David Lee Roth. Hagar was slated to play at Farm Aid as a solo act, and towards the end of his set, EVH came out for a rendition of Led Zeppelin’s “Rock and Roll.”

In Hagar’s 2012 memoir, Red: My Uncensored Life in Rock, The Red Rocker admitted: “Too bad I screwed everything up.”

The crowd’s reaction to Hagar hyped him up. And when he introduced “I Can’t Drive 55”, that was the only low point of his entire performance.

“‘Here’s a song for all you tractor-pulling motherfuckers,’ I said, and instantly they shut down the radio broadcast and turned the live TV feed off,” Hagar recalled. “I ruined everything. When I brought out Eddie, we were long off the air, and nobody saw or heard a thing.”

Nevertheless, everyone who was present witnessed EVH and Hagar’s chemistry. Afterwards, they announced their new partnership. And the rest, as they say, is history.