The Story Of Rush Meeting Led Zeppelin For The First time 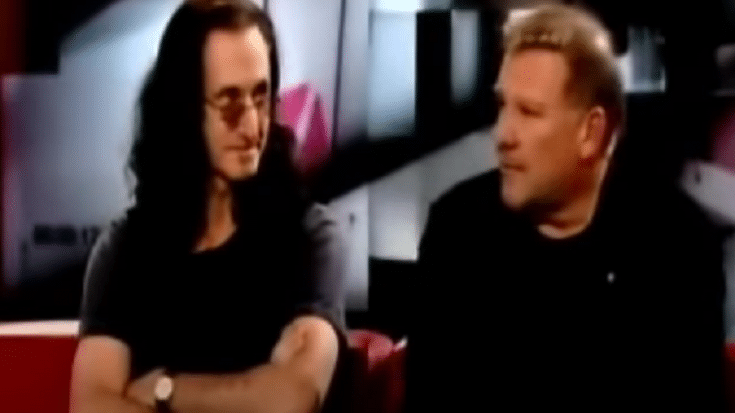 Rush and Led Zeppelin are two of the biggest rock acts of all time. So it was really only a matter of time before they’d meet. After all, they’re in the same industry so they’re bound to bump into each other. However, before they made their mark in rock, Rush members were fans of Led Zeppelin. And the first time bassist Geddy Lee heard the legendary group was in 1969 after their original drummer John Rutsey went to a Led Zeppelin concert and came home gushing about their music.

So Lee bought their record and he was just blown away. He cited them as one of Rush’s major musical influences particularly fellow bass player John Paul Jones.

In the interview below, Lee and Alex Lifeson shared about the time they met Robert Plant and Jimmy Page.

Lee recalled, “I was on a bicycle trip with my wife in Morocco and we ended up at this beautiful hotel in the Atlas mountains.”

“I was given the room key, my wife and I were in this room that only had… just two rooms, one on the right and one on the left and I was checking in, turning the key to open my door,” he continued. “And I head the other door opening and I turned around and it was a guy that looked just like Robert Plant coming out of there.”

“He looked at me and I looked at him and we both kind of went ‘That’s weird. He went his way, I went my way and I said ‘that guy looked like so much like Robert Plant’,” he added. “And then we were on the dinning room having dinner and he came up to me and he said: ‘What are you doing here?’ We chatted and he’d be coming to this hotel for years.”

After that, they exchanged numbers and kept in touch. When Plant came to Toronto, he called up Lee and both him and Lifeson went to watch Plant and Jimmy Page in concert. And it was during that show when Lifeson met Page backstage.