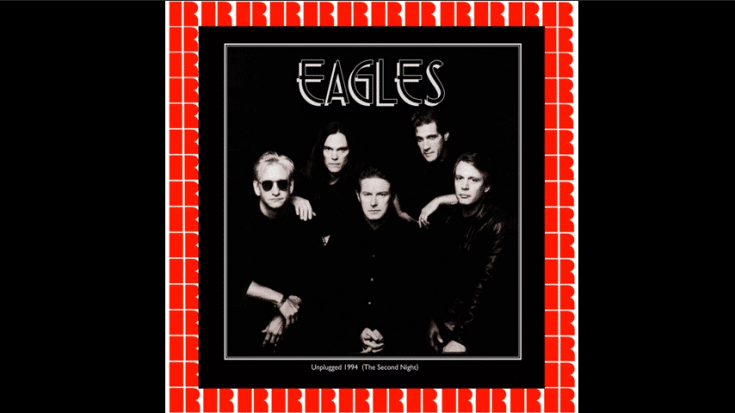 The title track from their fourth studio album, “One of These Nights” became their second single to dominate the US Billboard Hot 100. Written by Don Henley and Glenn Frey, they wanted to pen a song that’s not too country rock or ballad. There’s a bit of disco (thanks to Henley’s four-on-the-floor bass-drum pattern) and some R&B which isn’t surprising especially since they shared a studio with the Bee Gees in Miami.

Henley told Rolling Stone in a 1975 interview, “We like to be a nice little country-rock band from Los Angeles – about half the time. We wanted to get away from the ballad syndrome with ‘One of These Nights.’ With Don Felder in the band now, we can really rock. He’s made us nastier and did a great guitar solo on the single.”

Frey was listening to Spinners and Al Green records when he began working on it. He said, “I just went over to the piano and I started playing this little minor descending progression, and he comes over and goes, ‘One of these nights’.” He worked on composing the music while Henley took over the lyrics.

Frey added, “We cut the basic track in Miami in December at Criteria Studios. We took it to L.A., put all the drone guitars and Felder’s solo on in L.A., and went back to Miami to put the vocals on in March.”

It was their then-new guitarist Don Felder who came up with the bass line and Henley was blown away by his guitar solo on the track.

Henley took over the lead vocal duties because according to Frey, they “wanted ‘One of These Nights’ to have a lot of teeth, a lot of bite — a nasty track with pretty vocals.” And that’s exactly what they got.

On The Very Best Of liner notes, Frey concluded: “We made a quantum leap with ‘One of these Nights’; it was a breakthrough song. It is my favorite Eagles record. If I ever had to pick one, it wouldn’t be ‘Hotel California,’ it wouldn’t be ‘Take It Easy.’ For me, it would be ‘One of These Nights.'”

The song remains as one of The Eagles’ most enduring and well-loved songs.