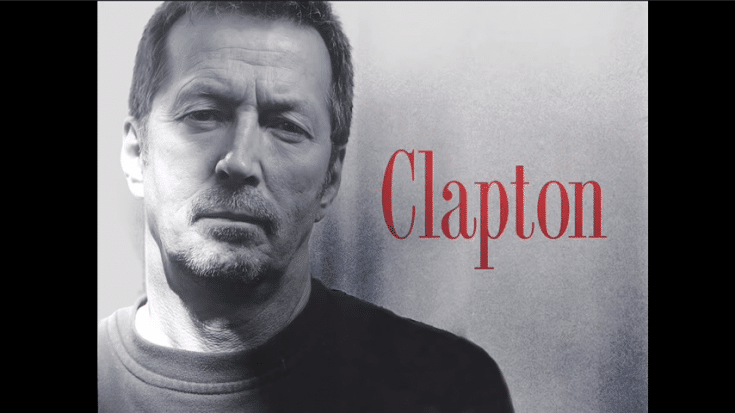 Though he’s widely considered as a titan in the music industry, Eric Clapton has had his fair share of highs and lows. He was inducted into the Rock and Roll Hall of Fame three times – as a solo artist and as a member of Yardbirds and Cream. He’s the only rock act to have that kind of achievement. Throughout the course of his near six-decade career, he has churned out numerous classics – from blues numbers to straightforward rockers.

But more than being a guitar virtuoso, he’s also a prolific songwriter. Like most artists, he channeled his grief, despair, and desolation through his songs. And so we came up with this list of Eric Clapton tracks that might make you cry. It’s not just about the lyrics or the melody but also the backstory.

Clapton has never met his father Edward Fryer who died in 1985. He was raised by his grandparents and his father only got in touch with him after he became famous. In his autobiography, Clapton shares that he also drew inspiration from his own son, Conor who passed away in 1991. He said, “In [the song] I tried to describe the parallel between looking in the eyes of my son, and the eyes of the father that I never met, through the chain of our blood.”

It’s about someone who’s hit rock bottom. He sings about pawning his clothes to pay the rent and his woman who left him when he had no money anymore. And perhaps the most heartbreaking verse is: “There’ll be no more sorrow when I pass away / And no more hard time, no more hard / Yea yea, who knows better than I?”

Before he ended up marrying Pattie Boyd, he channeled his then-unrequited love by writing this classic. Boyd was the wife of Clapton’s friend George Harrison. The title is based on The Story of Layla and Majnun – a tale about forbidden love. It may be a straightforward rock number but the backstory is heartwrenching. Of course in the end, he got what he wanted when Boyd and Harrison broke up but for years, he loved her from afar and yes, you can hear his desperation.

After almost a decade of marriage with Pattie Boyd, they ended up divorcing in 1988. That’s where Clapton drew inspiration for this song. You can feel his anger when he sings and Boyd told The Guardian, “The end of a relationship is a sad enough thing, but to then have Eric writing about it as well. It makes me more sad, I think, because I can’t answer back.”

Undeniably one of the saddest songs ever written, Clapton wrote it following the death of his four-year old son Conor who fell from a window of a New York City apartment. Clapton said in an interview, “I almost subconsciously used music for myself as a healing agent, and lo and behold, it worked… I have got a great deal of happiness and a great deal of healing from music.”