The Story Of How Hip-Hop Saved Aerosmith 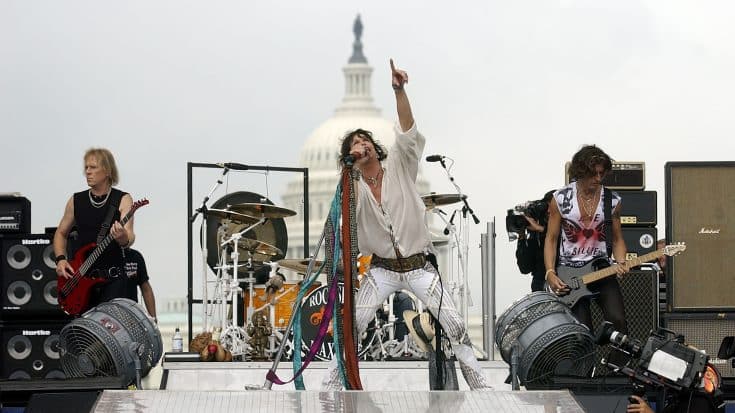 In the ’70s, Aerosmith managed to break into mainstream, churn out one hit after another, basically dominate rock ‘n roll, and become household names. But by the end of the decade, their hedonistic lifestyle took a toll on them and tensions were already high between the band members. In 1979, chaos finally erupted when Joe Perry’s wife threw a glass of milk to Tom Hamilton’s wife. And after Steven Tyler confronted Perry, the latter left the group.

In the ’80s, they were going downhill and their efforts went unrewarded since they found it hard to replicate the success of their previous records. They had to settle on performing in smaller venues like clubs. Perry joined Tyler at a gig in Worcester, Massachusetts and they were both so high Tyler collapsed and couldn’t get up.

For the next few years, they struggled to get back into the rock ‘n roll game. But they weren’t exactly getting the reception they wanted.

In 1986, it all changed with a musical collaboration people didn’t expect but that which changed the face of music forever – a remake of their 1975 hit “Walk This Way” by hip-hop group Run-DMC.

Run-DMC weren’t particularly thrilled when the idea was presented to them. They even called the lyrics “hillbilly gibberish … Country bumpkin bullshit!” Aerosmith weren’t too excited either. Rock ‘n roll and hip-hop fusion was unheard-of at the time.

On paper, it seemed like a totally bad idea. They had the perfect recipe for disaster – reluctant musicians and different genres. But they all went to the recording studio probably with no other thought except to just get it over with.

The end result shocked everyone. Somehow, the unlikely collaborators produced a musical gem – something that people would still talk about decades later.

It peaked at #4 on the US Billboard Hot 100 – higher than the original version.

It was a huge win for both parties. Aerosmith resurrected their career and came back with a bang using one of the classic hits that made them famous in the first place. They then followed up that success with a series of hits. Run-DMC, on the other hand, found themselves finally breaking into mainstream.

Rick Rubin, who made it all possible, must’ve been extremely proud with his accomplishment. After all, he did hit two birds with one stone. – revived a rock band’s dying career and brought hip-hop to mainstream audience.