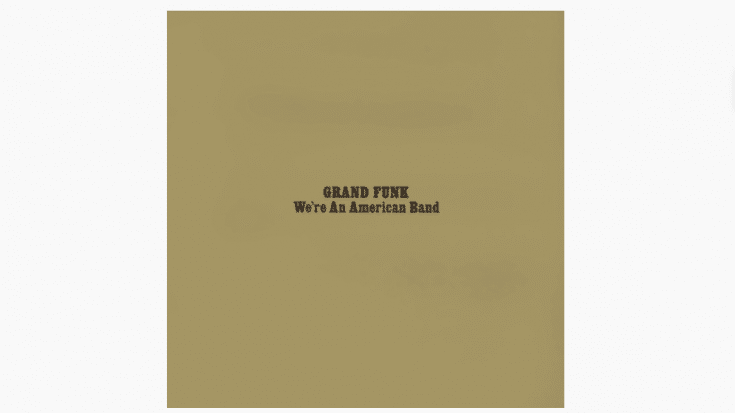 “We’re an American Band” became Grand Funk Railroad’s first #1 single. It was accessible, it showcased the band’s immense talent, and it basically became their finest musical moment. The lyrics detailed their Phoenix tour and live performances – from travelling and meeting a blues legend to referencing a famous Arkansas groupie Connie Hamzy.

At the time, they needed a hit record and they struck gold with this – literally. According to founding member Mark Farner, it all began with their publicist Lynn Goldsmith who was responsible for the gold transparent vinyl and their ad campaign. More than that, it was also her who suggested to GFR to write a song about them as a band.

Plus, there was immense pressure to release a hit. Drummer Don Brewer revealed to uDiscover that they “had to make this conversion from being the FM underground band to being a hit radio band. Our very career and financial lives depended on it.” It was Farner who wanted a cowbell.

The song topped the US Billboard Hot 100 and it resonated with every other rock band out there, so much so that it eventually became a ’70s staple. It’s widely recognized as one of the greatest songs to come out of the golden era of rock. It highlighted GFR’s virtuosity and versatility as musicians. It has that feel-good vibe and so it was only a matter of time before it achieved classic status.

They knew it was going to be commercially successful but they had no idea as to the magnitude of the song’s impact and influence. Grand Funk Railroad was one of the biggest and best-selling acts in the ’70s and this turned out to be their crowning achievement.