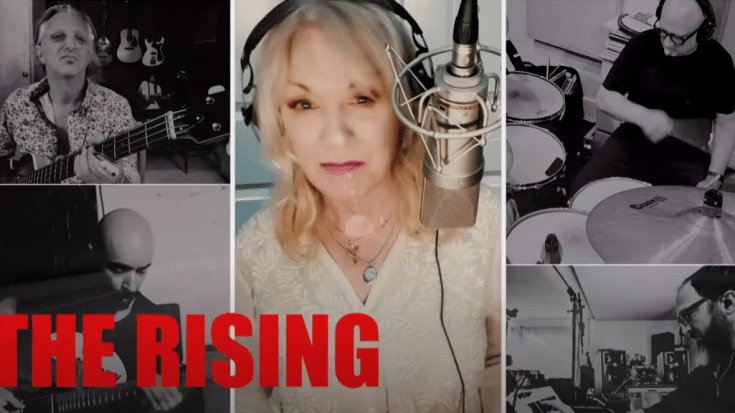 Heart’s Nancy Wilson has detailed her upcoming debut solo album You and Me, out on May 7 via Carry On Music. She revealed the tracklist which features her own take on Bruce Springsteen’s “The Rising” that she previously dropped. She recorded most of the material on the 12-song LP at her home studio in California.

Some of her guests include Liv Warfield, Duff McKagan, Sammy Hagar, and Taylor Hawkins while her band members contributed their parts remotely. Aside from eight original songs, You and Me has her cover versions of Pearl Jam’s “Daughter,” Simon & Garfunkel’s “The Boxer” and “Dreams” by the Cranberries.

She said in a statement, “Being off the road last year from touring with Heart, and at home with my good guitars and amps out, I felt like I was once again able to reconnect with my pre-Heart self, my college-girl self, creating poetic, intimate and romantic songs, which pretty much is what I first brought in to Heart.”

You and Me Track Listing