The Story Of David Bowie Embarrassing Himself In Front Andy Warhol 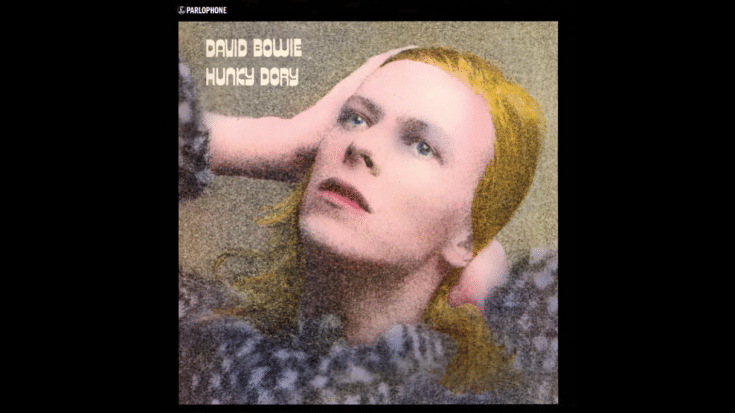 Like every other rockstar, David Bowie had to start somewhere and it wasn’t an easy journey for him towards the proverbial top of rock ‘n roll. He struggled for a while, looking for that big break that would introduce him to the American masses. And while in New York City, he made friends along the way – Iggy Pop and Lou Reed.

Bowie was an artist through and through. So it comes as no surprise that he became fascinated by the pop art icon Andy Warhol. He found inspiration in Warhol’s creativity and was blown away by his sheer talent – so much so that Bowie wrote a song as a tribute to him titled “Andy Warhol”. It was featured on his 1971 album “Hunky Dory”.

Bowie became a fan of Warhol after watching his first play “Pork” in London. One of the actors was Tony Zanetta and he met Bowie back in London. So when Bowie went to NYC, they hung out and Zanetta even introduced him to the city’s nightlife.

Zanetta recalled via Bedford and Bowery, “I met David in London in 1971. I was working in downtown theatre and I got involved in Andy Warhol’s play called Pork. Andy Warhol “wrote” a play. Pork was based on tape-recorded conversations between Andy and the Superstars. Pork was done at La MaMa in New York and then a producer picked it up and brought it to London. We were in London for the whole summer at the Roundhouse Theatre.”

He added, “I was Andy in the play. The play was pretty much a sensation in London that summer and David was a big Warhol fan. And a big fan of the Velvet Underground. So he really wanted to meet Andy but he met me instead [laughs]. He came to the play a couple of times. He and I and his wife Angie became fast friends. This is the summer of 1971 and during that summer his manager Tony DeFries was also working on getting him a new record deal.”

After showing Bowie around New York, he asked if he could meet his idol. So Zanetta brought him to The Factory but it wasn’t at all what Bowie expected.

Zanetta revealed, “The meeting was kind of tense because Warhol was not a great talker, you had to talk and entertain Andy, and David really wasn’t a great talker either. Nobody was really taking this conversation and running with it. So they were circling each other and then David gave him a copy of Hunky Dory on which was his ode to Andy Warhol, the song Andy Warhol.”

Bowie wrote numerous classic hits and was known for being innovative and revolutionary. But “Andy Warhol” wasn’t his finest musical moment.

Although Warhol didn’t comment or say anything, Zanetta noted that he “absolutely hated it. Which didn’t help the meeting. Remember, David Bowie was not a big star. He was just some guy off the street as far as Andy Warhol was concerned. They found a common ground in David’s shoes. David was wearing yellow Mary Janes and Andy had been a shoe illustrator, which David knew so they began talking about shoes. Otherwise it was not the greatest meeting [laughs].”

Bowie and Warhol never met again but Bowie went on to become a legend himself.

In a 2003 interview with Performing Songwriter magazine, Bowie also couldn’t forget that particular meeting. He remembered how Warhol “loathed it” and shared that “He went [imitates Warhol’s blasé manner] ‘Oh, uh-huh, okay…’ then just walked away (laughs). I was left there. Somebody came over and said, ‘Gee, Andy hated it.’ I said, ‘Sorry, it was meant to be a compliment.’ ‘Yeah, but you said things about him looking weird. Don’t you know that Andy has such a thing about how he looks? He’s got a skin disease and he really thinks that people kind of see that.’ I was like, ‘Oh, no.’ It didn’t go down very well, but I got to know him after that. It was my shoes that got him. That’s where we found something to talk about. They were these little yellow things with a strap across them, like girls’ shoes. He absolutely adored them. Then I found out that he used to do a lot of shoe designing when he was younger. He had a bit of a shoe fetishism. That kind of broke the ice. He was an odd guy.”