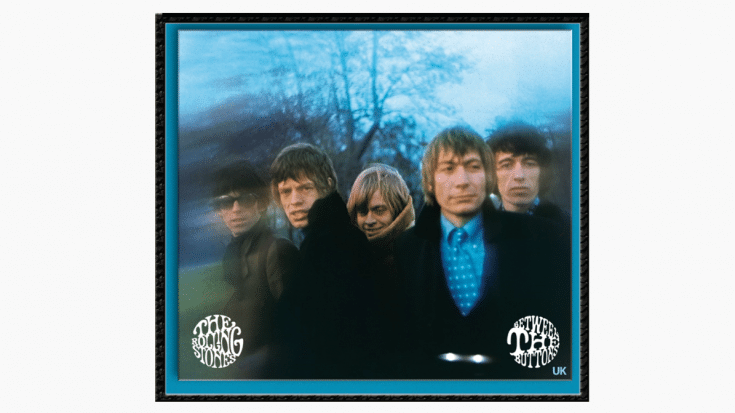 The Rolling Stones released Between the Buttons on January 20, 1967 and it marked their first foray into psychedelic music. As a band who became known for their sound that’s rooted in blues and early rock and roll, this jump into the unknown alienated some of their fans who were confused why they would subscribe to what’s trendy and popular at the time.

It’s one of their most eclectic records and founding member Brian Jones showcased his virtuosity by playing organ, marimba, vibraphone, and kazoo. The Stones experimented with their sounds and it was a pivotal moment for them as they continued to grow as musicians and embrace other styles.

Guitarist Keith Richards recalled, “Between The Buttons was the first time we took a breath and distanced ourselves a little from the madness of touring and all. So in a way, to us it felt like a bit of a new beginning… plus, everyone was stoned out of their brains.”

Listening to the song with an open mind and disregarding their previous albums, it’s clear that Between the Buttons was a strong and tight effort. But even the band members themselves had a low opinion of it.

Frontman Mick Jagger told Rolling Stone, “I don’t like that much… I don’t know, it just isn’t any good. ‘Back Street Girl’ is about the only one I like.” He also admitted to the New Musical Express that the rest of the LP is “more or less rubbish.”

And then years later, Jagger spoke to Rolling Stone‘s Jann S. Wenner and reiterated his dislike for Between the Buttons: “Frank Zappa used to say he really liked it. It’s a good record, but it was unfortunately rather spoiled. We recorded it in London on four-track machines. We bounced it back to do overdubs so many times, we lost the sound of a lot of it.” He added that the album doesn’t mean a lot to him.

Speaking about “Yesterday’s Papers”, Jagger revealed: “Yeah, the first song I ever wrote completely on my own for a Rolling Stones record. “My Obsession,” that’s a good one. They sounded so great, but then, later on, I was really disappointed with it. Isn’t “Ruby Tuesday” on there or something? I don’t think the rest of the songs are that brilliant. “Ruby Tuesday” is good. I think that’s a wonderful song.”

When asked why, he said: “It’s just a nice melody, really. And a lovely lyric. Neither of which I wrote, but I always enjoy singing it. But I agree with you about the rest of the songs – I don’t think they’re there. I don’t think I thought they were very good at the time, either.”

Even if Between the Buttons remain controversial among fans, it still doesn’t deserve to be overlooked or forgotten.