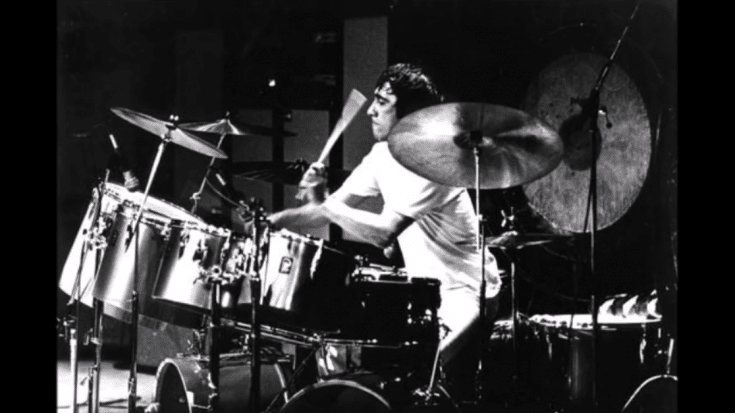 The Who’s resident madman Keith Moon belongs to a different breed of drummers. At a time when most rock fans fawned over frontmen or guitarists, Moon stole the spotlight with his manic, powerful, and aggressive drumming – not to mention his destructive on-stage antics. He was integral to the band’s distinctive sound and now let’s revisit his most memorable drum performances that have influenced the next generation of drummers.

Let’s take a moment to appreciate his rapid fire drumming. It’s menacing and full of energy. And it takes someone at least close to Moon’s caliber to replicate it – another testament of Moon’s exceptional talent. Sadly though, they rarely performed it live while he was still around because it’s too complex to perform in a live setting. It’s a great track for sure but since Moon essentially took the lead with his drumming, it’s undoubtedly one of his finest moments as a drummer.

The best word to describe Moon’s drum performance here is ferocious. He was never one to hold back and for “My Generation”, it seemed like he pulled out all the stops. You have to wonder how he could play all over the place and still display his impressive technique. The rest of The Who brought their A-game but it’s Moon’s drumming that serves as the track’s backbone.

The great thing about this isolated drum track is that it showcased Moon’s genius. The energy, the feel – it’s incredible. It’s Keith Moon at his absolute best.