The Story Behind “You’re No Good” By Linda Ronstadt 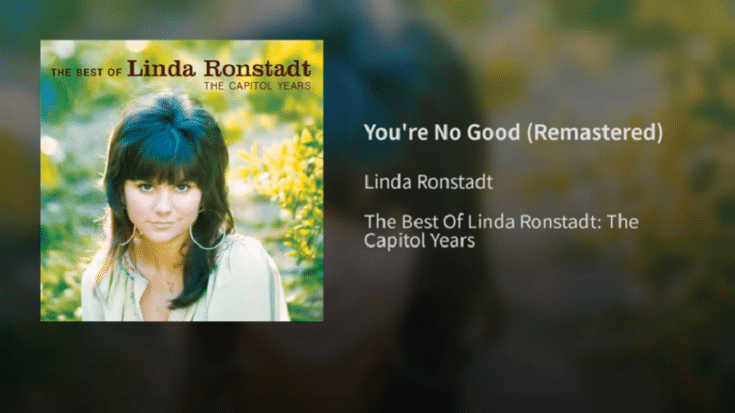 “You’re No Good” was written by Clint Ballard Jr. and originally performed by soul singer Dee Dee Warwick in 1963. Although other covers charted, it was Linda Ronstadt’s version that took the top spot on the US Billboard Hot 100 in 1974.

Even before recording it, Ronstadt already incorporated “You’re No Good” into her setlist in early 1973 at the suggestion of band member Kenny Edwards. She even performed it on an episode of The Midnight Special which aired on December 1973.

During the studio sessions for her fifth studio album “Heart Like a Wheel”, Ronstadt suggested the addition of “You’re No Good” to producer Peter Asher at the last minute. Asher recalled, “It was an odd coincidence. She’d been doing the song already, and it was always a favorite song of mine…the version I fell in love with [being by] the Swinging Blue Jeans.”

Guitarist Bob Warford from Ronstadt’s touring band revealed that they originally wanted “to do an R&B version of the song, which was actually closer to the way we did it live than to the released version. We played it at a faster tempo live, which we did on that recording.” But Ronstadt rejected it because it “was just the wrong groove for me. I don’t think I knew how to phrase around [the players], certainly no fault of theirs. They were fantastic.”

The final recording took place four days later. According to Ronstadt, “Ed Black, who played six-string guitar and pedal steel, started to play a rhythm riff on his Les Paul. Kenny Edwards…the bass player…echoed the riff in octaves. Andrew Gold added a sparse drum track, giving me a basic track to sing over. We did a few takes, picked one we liked, and then Andrew, who always played guitars and keyboards went to work with Peter [Asher]and began to work up layers of guitar, piano and percussion tracks.”

Guitarist Andrew Gold had to re-do a guitar solo after engineer Val Garay accidentally erased it during playback.

All that hard work eventually paid off as “You’re No Good” became a huge hit worldwide.