The Story Behind “Start Me Up” By The Rolling Stones 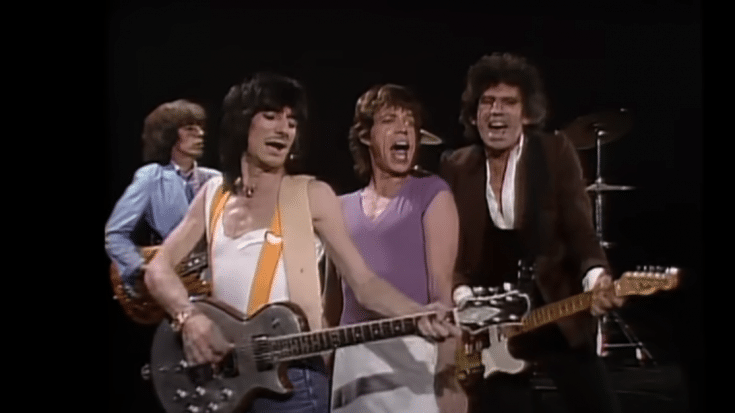 From Reggae To Rock

The highlight of The Rolling Stones album “Tattoo You” is “Start Me Up” which has since become one of their best-known songs. It has all the elements typical in every Stones classic – distinctive guitar riffs and of course, sexual innuendo. Written by frontman Mick Jagger and guitarist Keith Richards, it actually developed from a reggae rock track titled “Never Stop” in 1977 but after several takes, they weren’t satisfied with the results.

So, they shelved it and revisited it later on when they needed material for “Tattoo You”.

Richards recalled, “It was one of those things we cut a lot of times; one of those cuts that you can play forever and ever in the studio. Twenty minutes go by and you’re still locked into those two chords… Sometimes you become conscious of the fact that, ‘Oh, it’s “Brown Sugar” again,’ so you begin to explore other rhythmic possibilities. It’s basically trial and error. As I said, that one was pretty locked into a reggae rhythm for quite a few weeks. We were cutting it for Emotional Rescue, but it was nowhere near coming through, and we put it aside and almost forgot about it.”

It was in 1981 while they were going through their vaults when engineer Chris Kimsey found two takes among dozens that veered towards rock ‘n roll. They completed the overdubs at the Electric Lady Studios and The Hit Factory in New York City. It took them six hours to record and they released an accompanying music video. It was a brilliant marketing move because at the time, MTV just launched and they put it on heavy rotation.

Speaking about how they transformed it from a reggae number into a rocker, Richards explained: “The story here is the miracle that we ever found that track. I was convinced – and I think Mick was – that it was definitely a reggae song. And we did it in 38 takes – ‘Start me up. Yeah, man, cool. You know, you know, Jah Rastafari.’ And it didn’t make it. And somewhere in the middle of a break, just to break the tension, Charlie and I hit the rock and roll version. And right after that we went straight back to reggae. And we forgot totally about this one little burst in the middle, until about five years later when somebody sifted all the way through these reggae takes.”

The Stones made use of mixer Bob Clearmountain’s famed “bathroom reverb” to give “Start Me Up” that catchy and infectious thump.

Aside from topping the charts, this classic hit became a fan favorite which is why the band often used it to open their shows.